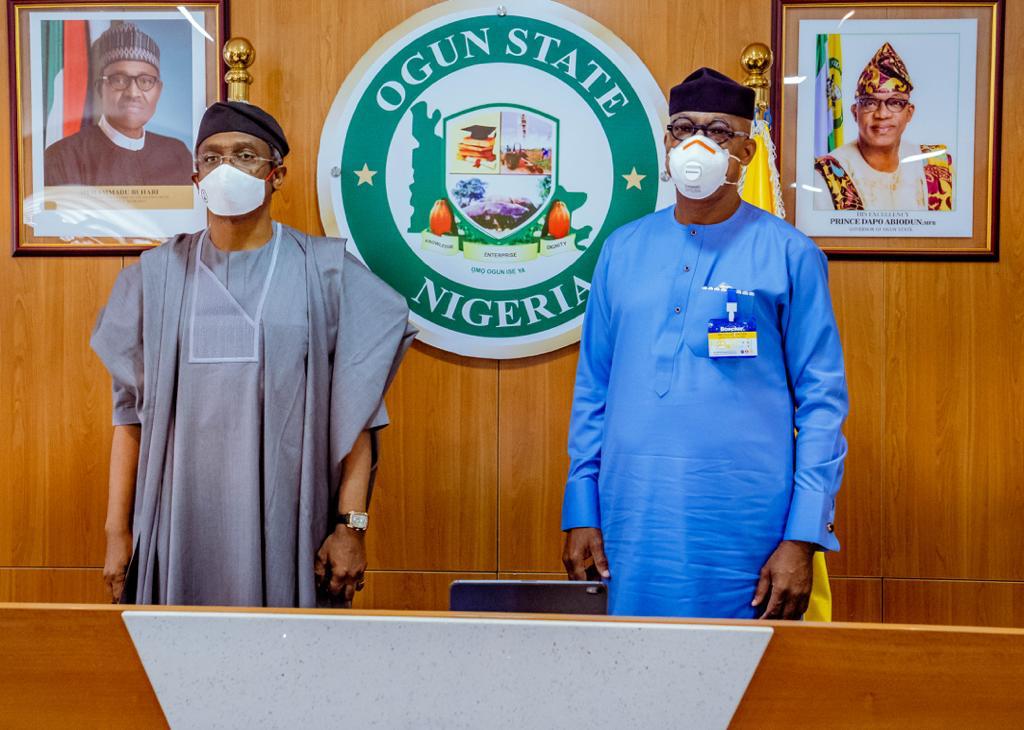 The Ogun State Goverrnor, Prince Dapo Abiodun has solicited the support of the National Assembly for the takeover and reconstruction of the Lagos-Sango-Abeokuta and the Sagamu-Ikorodu roads, by Ogun and Lagos State Governments.

Prince Abiodun made the call in his office at Oke-Mosan, Abeokuta, when he received the Speaker of the House of Representatives, Rt. Hon. Femi Gbajabiamila who paid him a courtesy visit.

The Governor, who informed the Speaker of the current deplorable condition of the roads, added that the takeover of the roads would enable the two State Governments put them in proper shape, thus taking the load off the Lagos-Ibadan Expressway and bring succour to users.

He described Agbara and its environs as the industrial hub of the State, but decried the poor condition of the Agbara-Atan-Lusada road, noting that some industries may be forced to exit the area, if the road was not fix on time.

“The Agbara-Atan-Lusada road is in a very deplorable condition. Not only that, the Lagos-Sango-Abeokuta Expressway and the Sagamu-Ikorodu roads are also very bad. I want to call for the support of the National Assembly in taking over or construction by the Federal Government. Our people are really suffering on these roads,” he said.

Governor Abiodun informed his visitor that his Administration was currently constructing the Ijebu Ode-Epe Road, which would serve as an alternative route to the Lagos-Ibadan Expressway, for those going to the Northern and Eastern parts of the Country, as well as open up the axis for economic activities.

The Governor said government was trying to tap from the State’s advantaged location, by providing security, infrastructure and making health accessible, saying the State was able to manage and curtail COVID-19 by providing well-equipped Isolation centres and a molecular laboratory.

He described the Speaker as one of the longest serving members of the House and a grassroots politician who has distinguished himself by being a worthy representative, not only of his Constituency, but the whole of the Southwest.

Speaking earlier, the Speaker, Rt. Hon. Gbajabiamila, said he was in the State to see things for himself, listing road infrastructure as one of the areas where the House would collaborate with the State Government.

“I am here to see things for myself. I have heard of the development that is going on in this State, despite scarce resources. I want to commended the Governor for what he has done, especially in tackling the COVID-19 pandemic.

“I know the Governor very well. He moves at a very quick pace. With him as the Governor, Ogun State will receive a facelift. So I am here to extend a hand of fellowship as there will be the need for partnership and collaboration particularly on road projects,” the Speaker noted.

He opined that for the Government to make more development strides in the coming years, the Governor may need to rejig his plans, as the Coronavirus has negatively affected every facet of life, calling on the people to rally round him to deliver the dividends of democracy to them.