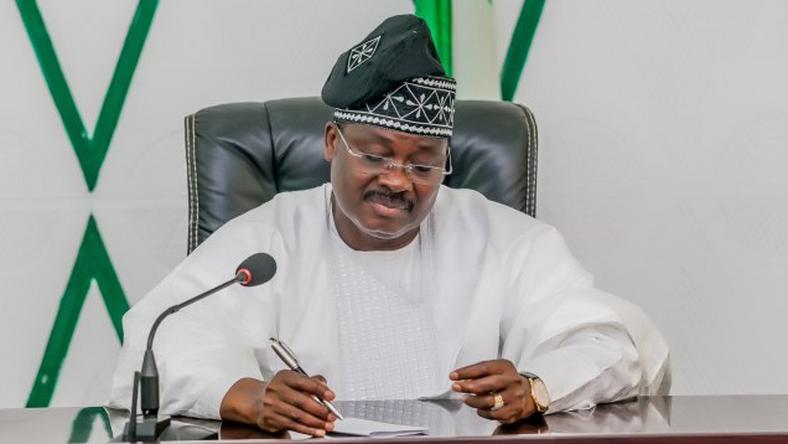 Oyo State Governor, Abiola Ajimobi, has lost his bid to return to the Senate.

In the result announced by the Returning officer for Oyo South Senatorial District, Prof. Wole Akinsola, Dr Kola Balogun of the Peoples Democratic Party (PDP) beat Ajimobi of the All Progressives Congress (APC) and the incumbent Sen. Adesoji Akanbi of the African Democratic Congress (ADC) to emerge the winner.

APC reacts to PDP’s rejection of the 2019 presidential results