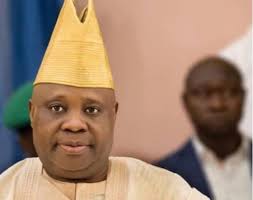 The Candidate of the All Progressive Congress in the Osun West Senatorial District, Engr Lere Oriolowo has been declared winner of Saturday National Assembly election.

The seat is currently occupied by Senator Ademola Adeleke, who is the uncle of ace musician, Davido (David Adeleke).

on the ballot. He contested the last governorship election in the state

With this, APC has two senatorial seats (Central and West) and PDP grabbed one (East).

So far, PDP could only take three seats in the House of Representatives while APC took six.