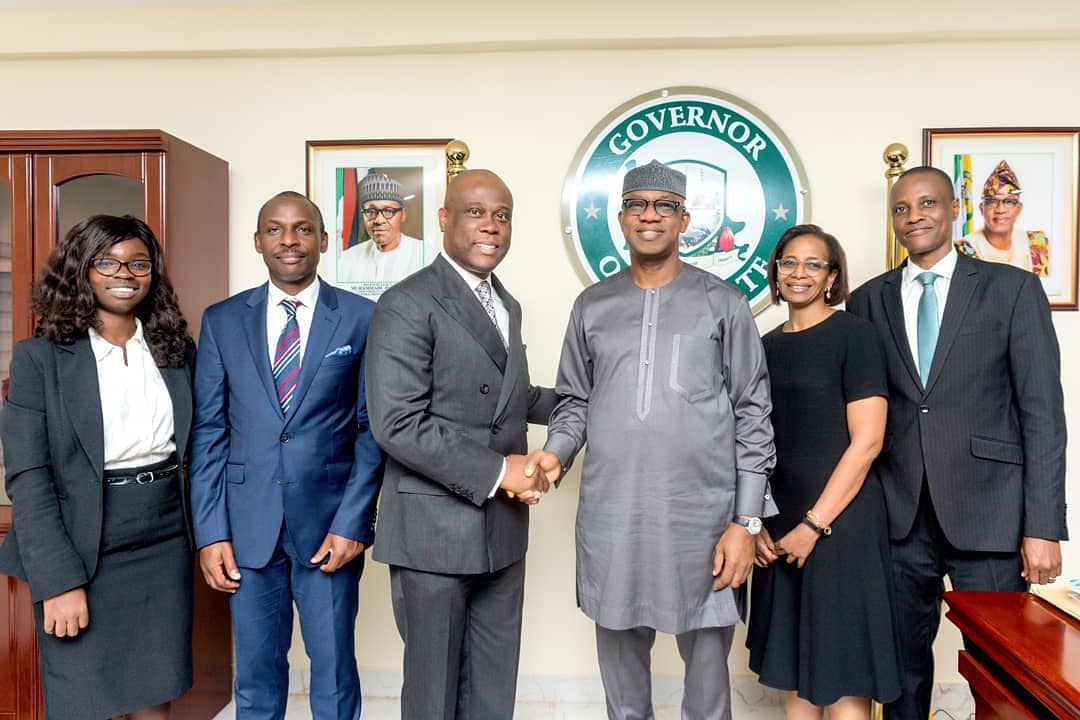 The Group Managing Director and Chief Executive Officer of Access Bank PLC, Herbert Wigwe has disclosed plans by the financial institution to erect a 15 story building and a creative arts and entertainment village in Abeokuta.

Herbert Wigwe who made this known in Oke- Mosan, while on a courtesy visit to the Ogun State Governor, Prince Dapo Abiodun said that Access bank was looking at a sector that would seat on 4 major hubs, adding that entertainment,Information Technology and Skills, Nollywood and Music would be looked into.

” I am talking of a sector that will seat on four major hubs, first is entertainment, the second is IT and Skills, which will basically ensure that several people from these great state and neighboring states will be trained and given high quality power as far as intellectual content is concerned, the third has to do with Nollywood, the fourth has to do with music,” he said.

READ  “They are worried because what they failed to do, I am doing and they will remain in that state of worries' - Fayose

He noted that Access Bank was looking at establishing a support system in Abeokuta, while also aiming to start the construction of a 15 story building that would help to support their contingency plan for Information Technology, affirming that work would start later in the year

” The second is a project that is dear to me and which is to ensure that we start looking at establishing what we refer to as a support system for Access Bank out here in Abeokuta, we are determined to put up a 15 story building out here in Abeokuta which will basically help support contingency plan for IT, help support us as far as our contact center is concerned, ensure that we give Ogun a befitting center if you like, compared to other world class institutions that intend to come out here.

” We will start construction of that site later this year, we will ensure we put our map fully out here in this beautiful city,” he said.

The Bank head who also added that the creative sector which has being taken for granted for a long time could employ between two and three million people if looked into.

” The creative sector is a very important sector that people take for granted and if you look at the context of Nigeria, if we get it right, perhaps, coming out of Ogun State, you will find out that we will provide employment over the next five years to perhaps two or three million people coming out of that sector,” he said.

In his remarks, the Ogun State Governor, Prince Dapo Abiodun  applauded the decision of  Access Bank PLC to partner with the Ogun State government in its quest to build the state through its investment in the Creative Arts and Entertainment Village and its decision to erect a fifteen story building in the state.

Prince Abiodun said that his government would provide an enabling environment for a Public Private Sector Partnership which would be fundamental to the economic growth of the state,noting that the visit was a clear testimony to the commitment of his administration’s desire to provide good governance.