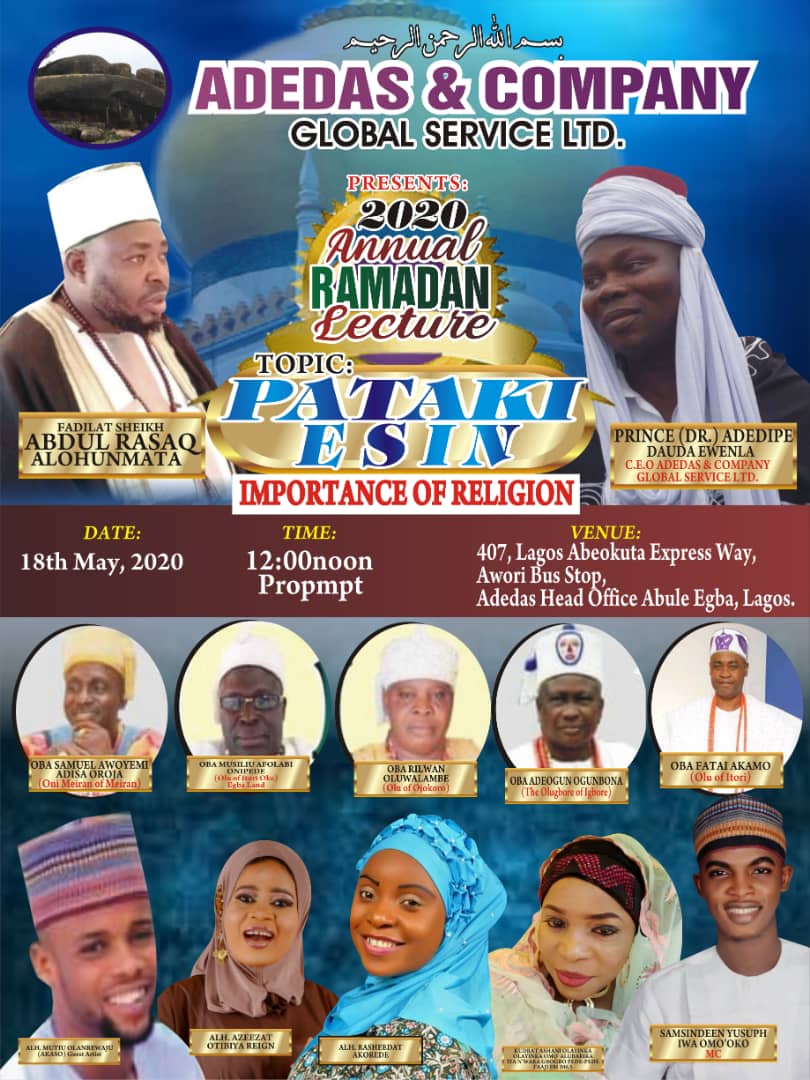 The CEO of Adedas and company global service, Prince (Dr) Adedipe Dauda Ewenla has announced that the annual lecture of the company won’t hold this year due to the spread of Covid-19 and the directives of the federal government to put a stop to any form of social gatherings or religious gatherings.

The Aare Ona Kakanfo of Yoruba Land, Iba Gani Abiodun Ige Adams was to be the spiritual father of the day and it was also going to feature his surprise Golden jubilee birthday.

Ewenla further appealed to the public, the staff of Adedas company, the royal father, chairman of the day and all special guest of honour to bear with him and  neglect the inconveniences caused