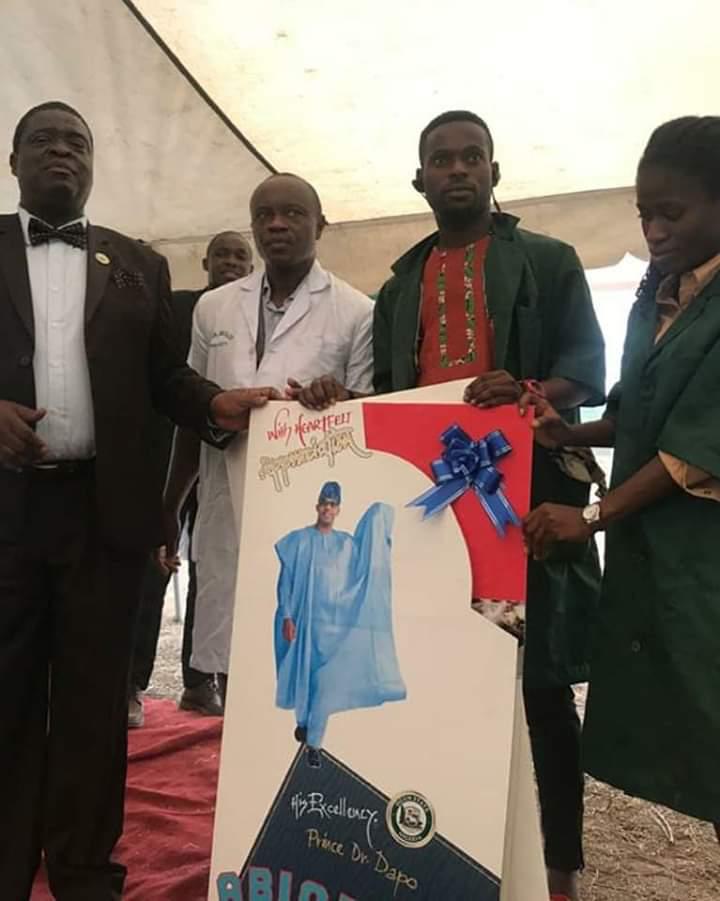 The Commissioner for Agriculture, Dr Adeola Odedina, who represented the Governor at the official commissioning of the Ogun Broiler Project at the Odeda Farm Institute, noted that the State Government is not only ready to empower youths for sustainability, but also to link them with opportunities, which would be immensely beneficial to them and Ogun State at large.

He further noted that the 1,000-birds-per-participant Broiler Empowerment Programme which started six weeks ago has been off-taken by Amobyn Farms, and cheques have been presented to the participants for the first production cycle. He added that the beneficiaries would start another cycle in a few weeks from now, with each beneficiary earning a profit of about ₦130,000 per cycle.

While thanking the Bank of Industry for providing financial support for the Project, Dr Odedina further revealed that it is only through industrialisation of agriculture such as this – where a farmer can raise birds in their thousands with off-takers available – that the State can not only create employment opportunities, but also create smart farmers who would encourage other youths to participate in Agribusiness through their success stories.

The Chief Executive Officer, Amobyn Farms Nigeria Limited, Dr Ayoola Oduntan, noted that the project is in line with Ogun State Government’s agenda to empower youths, create jobs, wealth, food sustainability and other opportunities along the value chain. He disclosed that his company chose Ogun State, as the investment destination of choice, being the largest producer of poultry products in the country.

He also revealed that his company is ready to support the current administration in its ongoing efforts towards industrialising the agricultural sector. He charged the beneficiaries to take the next cycle project as an opportunity to become major entrepreneurs in their own right.

The Project recorded 2% mortality rate – an indication of high efficiency beyond any international standard.

Related Topics:ogun state government
Up Next