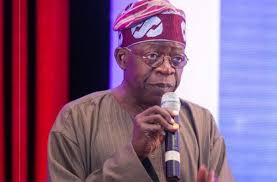 Tunde Rahman, spokesman of Bola Tinubu, says the national leader of the All Progressives Congress (APC) is not leaving the ruling party.

In a statement on Tuesday, Rahman said Tinubu remains faithful and committed to the party despite the incident that happened at the campaign rally in Abeokuta, Ogun state capital, on Monday.

Tinubu was seen throwing away the flag of the party after the crowd had disrupted the rally.

Rahman, however, stated that the national leader did not throw away the flag but attempted to toss it to Adams Oshiomhole, APC national chairman, to present it to Dapo Abiodun, the governorship candidate.

He accused the Peoples Democratic Party (PDP) of making an issue from the “exchange of a flag” out of mischief.

“With but a few precious days until the election and with its chance of victory running out even faster than the time, the Peoples Democratic Party now grasps at the most nonsensical and desperate tactics to salvage its falling enterprise,” the statement read.

“However, a drowning man cannot toss himself a lifeline. Nor can the PDP succeed in turning the innocuous attempted exchange of a flag between the National Leader and National Chairman into a rift in the APC’s successful campaign.

“An incident did actually occur at the Ogun State APC rally but it is not the one PDP has concocted. The true incident that should be reported and condemned is that people who furtively oppose the party and the president tried to infiltrate and disrupt this rally. The attack by these operatives was disrespectful of the office of the president and could have potentially harmed the person of the president.

“Such antics have no place in our political discourse. The author of these misdeeds should desist before real harm is done. Now to the crux of the opposition’s latest antics. If the issue of the flag has become the hotspot of the PDP campaign, then they are in serious trouble.

“During that portion of the Ogun rally, the National Chairman and others were looking for a party flag. Asiwaju Tinubu spotted one within his reach. He picked it up and attempted to toss it to Chairman Oshiomhole so that the Chairman could present it to the party’s gubernatorial candidate Prince Dapo Abiodun. If you want to fault Asiwaju for anything in this matter, your critique can only be limited to the accuracy of his toss. Any attempt to enlarge the episode beyond this is fiction and mischief writ large.

“As the National Leader, Asiwaju Tinubu is thoroughly faithful and committed to the APC. It is unthinkable that he would leave the party. Moreover, there is no reason for him to do so. He has been hard at work for the victory of the APC and all of its candidates in the upcoming election.” 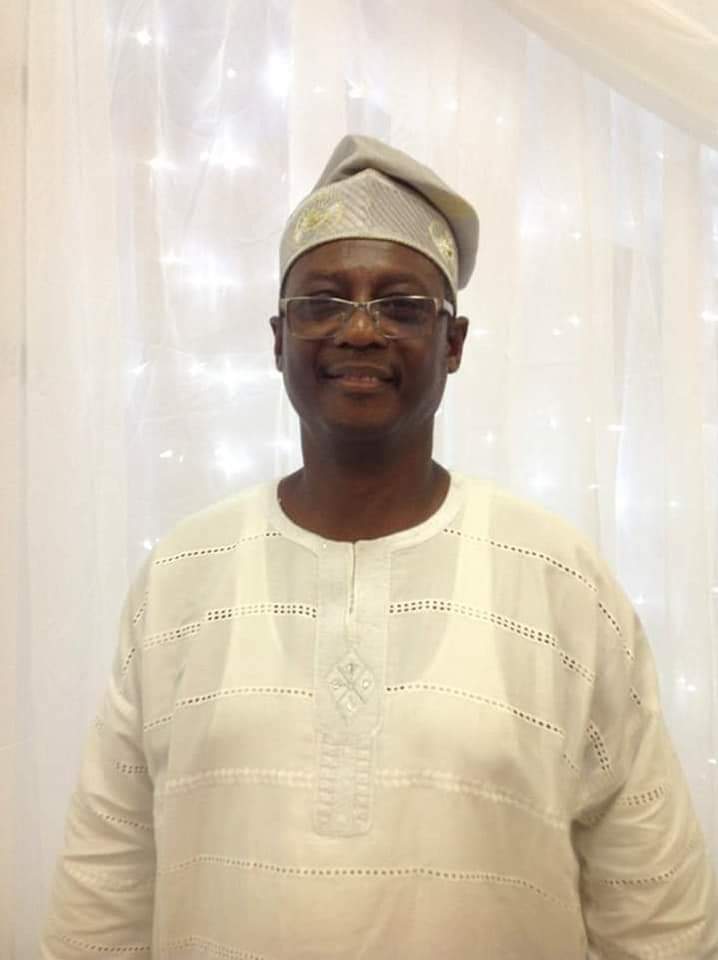 The All Progressives Congress United States Chapter has congratulated Mr. Abiodun Oyebanji on his victory in the last Saturday governorship election in Ekiti State. In a statement signed by Professor Adesegun Labinjo, the Chairman, Judge Dele Alade, the BOT Chairman and Professor Francis Onukwuli, the Publicity Secretary, the APC-USA Chapter expressed its happiness at the success of Mr. Oyebanji at the polls which is a clear evidence of the confidence the Ekitikete has for the governor-elect. APC-USA believed that Mr. Oyebanji will perform well in office, and consolidate and build on the achievements of Gov Kayode Fayemi.

APC-USA applauded the peaceful conduct of the election by the INEC, and the peaceful and the orderly manner the people of Ekiti State freely exercised their voting rights. APC-USA believed that Mr. Oyebanji has the experience it takes to effectively govern Ekiti State, and execute the programs and projects that will rapidly develop the state and lift more Ekiti people out of poverty and insecurity. The chapter said that Mr. Oyebanji, having worked closely with Governor Fayemi, is fully prepared and equipped for the job and will hit the ground running the first day in office.

APC-USA called on the governor-elect to understand that there is no room for failure and corruption as the Ekiti people deserve quality, honest, transparent and visionary leadership that will touch their lives and develop their state. APC-USA expressed its confidence that Mr. Oyebanji has the ability and the character to do the job and urged the governor-elect to quickly from day one, execute the projects and policies that will immediately address the needs of the people.

APC-USA congratulated Gov Fayemi and the people of Ekiti for the confidence they have in Oyebanji, and for working and ensuring his victory. The Chapter called for unity in Ekiti State and urged the Ekitikete to continue to support Oyebanji so that he can focus on governance and on the job of presiding over the programs and policies that will touch their lives. APC-USA promised to assist Mr. Oyebanji in any area of need and will make the expertise of its members available in this regard.

APC-USA called on Ekiti and all Nigerians to vote massively for Asiwaju Bola Ahmed Tinubu in the coming presidential election for the transformation, restructuring and rapid development of NIgeria. 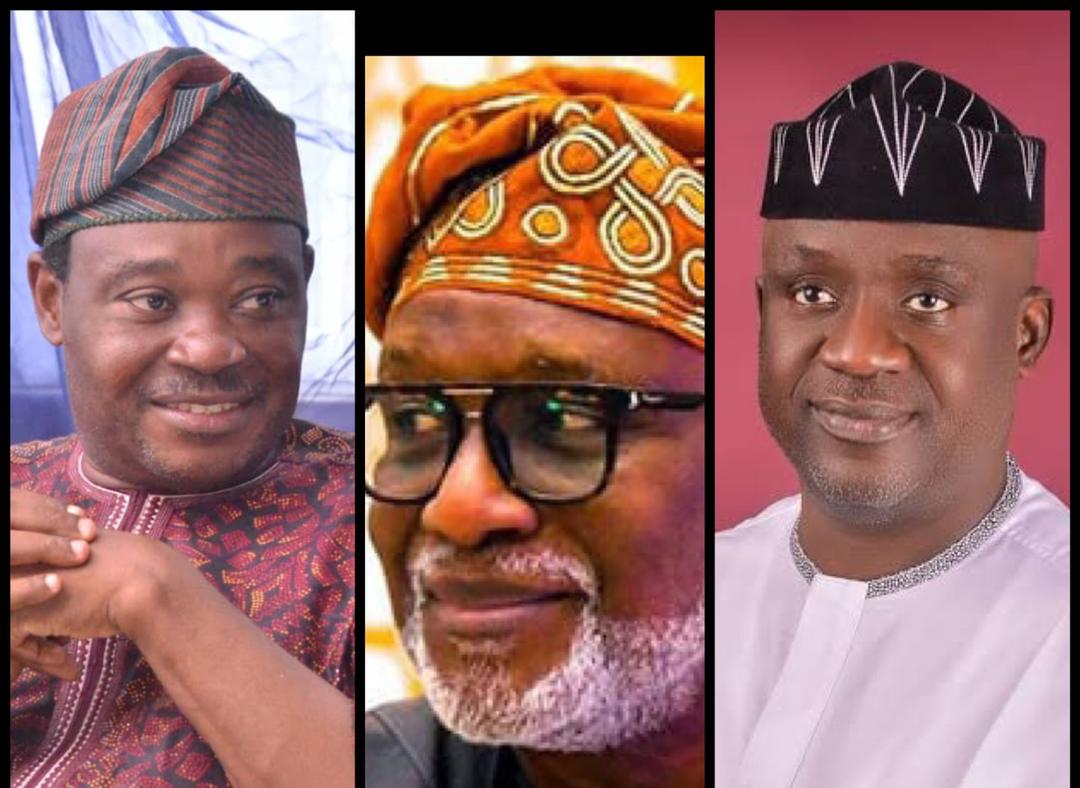 Senatorial candidate of All Progressives Congress(APC) Ondo South and billionaire business mogul, Dr. Jimoh Ibrahim CFR has described Governor Oluwarotimi Akeredolu as a reliable and dependable leader who has the love of the people at heart.

He stated this on Thursday while commenting on the nomination of Prince Ademola Adegoroye as the ministerial nominee for the state.

Ibrahim noted that the governor nominated Adegoroye because of his pedigree, knowing that he would impact on the lives of the people of the state.

Adegoroye, a one time governorship candidate and an obaship nominee in Akure Kingdom, was on the list of ministerial nominees submitted by President Muhammadu Buhari to the Senate for ratification.

Adegoroye is to replace Senator Tayo Alasoadura, who resigned as the Minister of State, Niger Delta, to contest for senatorial seat of Ondo Central.

According to Ibrahim, “Arakunrin Oluwarotimi Akeredolu (SAN) is an altruistic personality who always put the people’s interest first in his decisions.

“His choice of Hon. Ademola Adegoroye, an astute politician loved by the people of the state, as the nominee to replace the former minister is apt.

“Governor Akeredolu knows that Hon. Adegoroye will impact on the people of the state tremendously and that’s why he nominated him for the position.

“Hon. Adegoroye is a round peg in a round hole and the people of Ondo State as well as other Nigerians will surely appreciate his prowess in office.

He will surely add value to the government of President Muhammadu Buhari and APC as a party, which will to a greater extent attract more votes for our party during next general elections.

“I seize this opportunity to congratulate our governor, Arakunrin Oluwarotimi Akeredolu, our party, APC, the people of Ondo State and Nigerians at large for having Hon. Adegoroye as one of our ministers.

“I also congratulate Hon. Adegoroye on his new appointment and national assignment. I wish him success in this new terrain and height.” 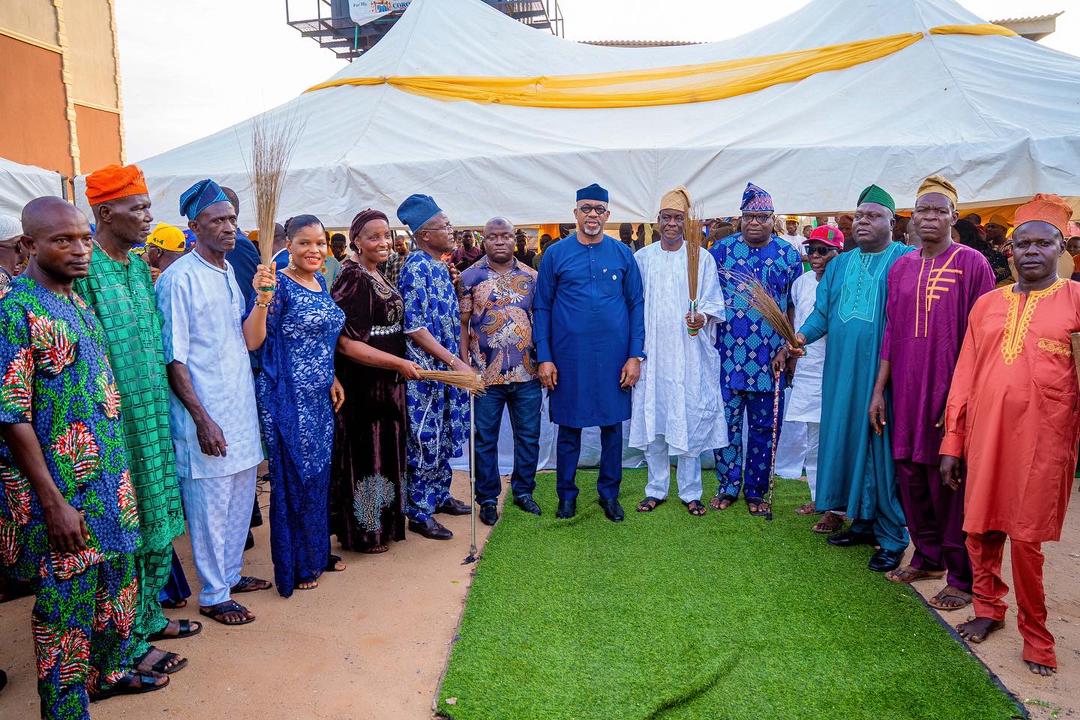 Ahead of the 2023 general election, no fewer than 5,000 members of People’s Democratic Party (PDP) in Ogun state have defected to the ruling All Progressives Congress (APC).

The defectors who were members of Ladi Adebutu and late Senator Buruji Kashamu factions of the party in Iperu, Ikenne Local Government Area of the state were received by Governor Dapo Abiodun on Wednesday.

Led by lfaneye Shittu, lsiaka Sonoiki and Mufutau Gbadamosi from the Ladi Adebutu faction as well as Adeleke Adesanya, the chairmanship candidate of the party from Buruji group, at a political meeting of Ward 3, 4 and 5 held at Oja-Ale, Iperu-Remo, the defectors cited the sterling performance of the state governor as the reason for their action.

Receiving the former PDP members, Governor Abiodun thanked them for joining the ruling party, stating that the inclusiveness and open door policy being adopted by the current administration has attracted many members of other political parties to pitch their tent with the APC.

“I want to assure you that you will be given equal treatment as every member of the party is one family. This government is your government and we are ready to accommodate whoever is ready to join hands with us towards development of the state irrespective of religious, political or tribal affiliation.

“Our party is focused and committed to the transformation of the state. Since the inception of the current administration, a lot of developmental projects, including road reconstruction, rehabilitation of primary health centres, youth empowerment among others had been carried out in all the three Senatorial Districts of the State. We are currently constructing the Gateway Cargo Airport which was delayed by the previous administrations for more than a decade and by God’s grace, it will be ready for commissioning by December this year”, the governor stated.

While applauding members of the party from various wards in the local government for trooping out to receive the defectors, Abiodun urged them to obtain their Permanent Voters Cards (PVCs) in order to exercise their civic rights during the general election next year.

“Elections are coming up next year and for you to take part, I want you to go and get your Permanent Voters Cards. This is the card that will allow you to exercise your civic responsibilities and the power to choose those you want to govern you”, he advised.

Speaking on behalf of the new entrants, Ifaneye Shittu commended the governor for the massive infrastructural development across the state.

He added that the reason behind their action was to work and support the governor in his aspiration for a second term in office.