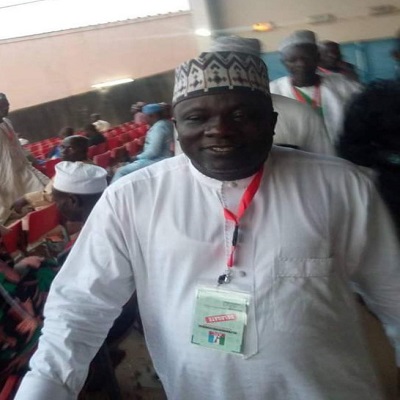 The All Progressive Congress (APC) chairman of Adamawa State, Alhaji Ibrahim Bilal, has won majority votes in the party’s state congress to return as the chairman.

Bilal polled 1060 votes after counting the ballots Sunday night to clinch the office following the contest, which involved three other chairmanship aspirants.

A fourth contestant, Bappa Waziri, got no vote while Usman Ibrahim who was also in the race, stepped down just before the congress began.

Processes for the APC state congress had started in Adamawa State on Saturday morning but progress was slow and the committee, which conducted the congress adjourned just before 10 pm on Sunday after reading out votes without declaring the winners, with inside sources explaining that tallying was yet to be concluded.

By the figures from voting, Alhaji Seidu Naira was elected Deputy Chairman while Dr. Raymond Chidama was voted Secretary.

Mohammed Abdullahi who was the immediate past Publicity Secretary, returned unopposed to the position.

The position of Women leader went to Hajiya Hauwa Jalo who scored 1023 votes to defeat two other women.

Related Topics:Alhaji Bilal returns as Adamawa APC chairman
Up Next