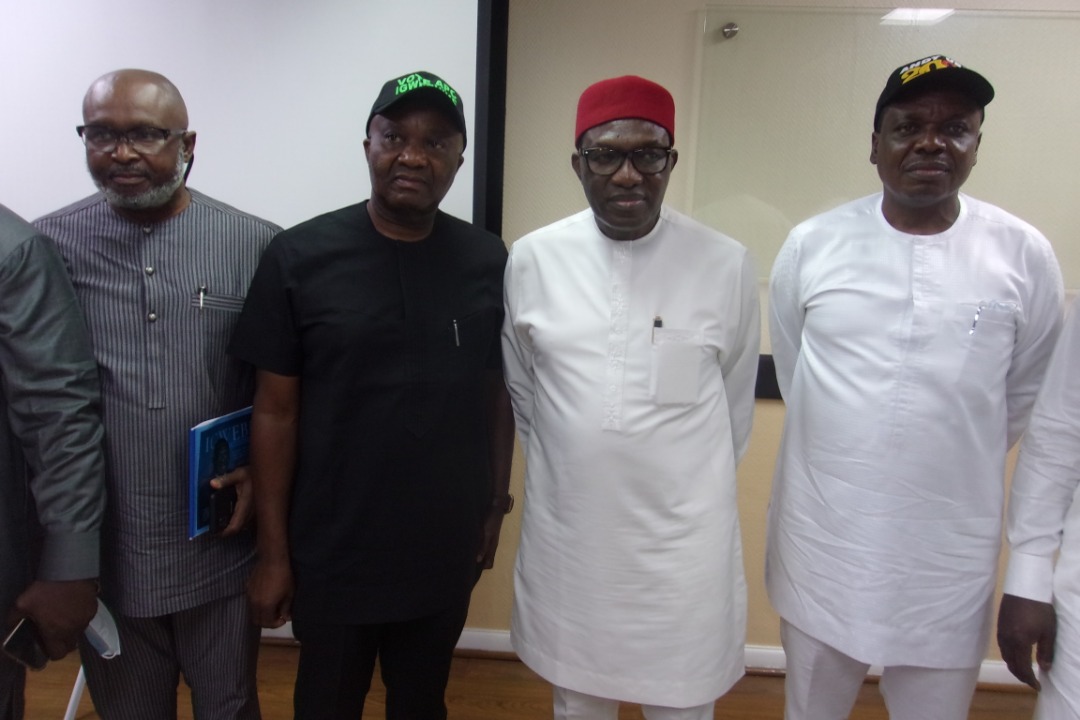 The All Progressives Congress (APC) governorship candidate in the November 6 gubernatorial election in Anambra State, Senator Andy Uba, has declared that his antecedents among his people as a problem solver and human resources developer, positioned him as the best candidate to deliver on the job if voted into office.

Uba said his edge over all the other contestants is that he understood the gravity of the challenges on the ground, the solutions they require and people’s expectations as his structure across all the wards in the state has been in constant engagement with the people since the 2007 election that he won. He vacated the office when the Supreme Court ruled that Peter Obi had not completed his term.

He said this in Lagos where he addressed reporters on his candidacy, as he stated that it was ironic that people he once assisted one way or the other including All Progressives Grand Alliance (APGA) candidate, Prof. Charles Soludo, are in the race with him, but he is confident of winning as he said; “I know my people. I know what they want. I know what they are going through.”
He promised to establish industrial parks to drive industrialisation across the state and harness all the available resources of the residents towards the development of the state.

Uba said: “Industrial parks encourage rapid industrialisation through Foreign Direct Investment, expertise that we are reputed for, as well as the production of quality goods and services.

“That way, more and better jobs are created; more people are gainfully employed and can spend a part of their earnings in the marketplace, which boosts the economy, creates a bigger tax base for the government, and reduces the crime rate in the state.

“My government will work with the Federal Government to construct the Onitsha-Awka-Nnewi gas pipeline, which will become a boost to manufacturing in the state, especially the industrial parks we intend to set up.”

He declared that with the level of defections to the APC and the people wanting to belong to the center, the party was confident of winning the election.

Uba stated that Anambra would benefit a lot from joining the ruling party at the centre, saying, “The centre is key. For 16 years, we don’t know what the centre means. You must open your arm and make sure you work with the Central Government. Once you do so, you will get a lot of things. Look at other states, look at Anambra.
“You can’t compare Anambra to Imo and Ebonyi States that have gone back to the centre. Second Niger Bridge is coming, look at other projects.”
He said the achievements of President Muhammadu Buhari in the South East are being concealed by the governors as the APC government has done a lot not only for the people of the South East but the entire country but their achievements are not well-publicized.
He said people cannot complain of marginalisation under APC when the same government is building the Second Niger Bridge and other major infrastructural projects in the region.

“When people are talking of marginalisation, how? Is it by building Second Niger Bridge? Is it by building all these infrastructures? The APC government is working but the governors are hiding whatever APC is doing. They can’t cover it this time around because once I get there, it is over. Nigerians and the world will see what APC has been doing,” he said.
Uba decried the worsening insecurity in Anambra State, and according to him, a proactive state government ought to have found a solution to the problem, as he recalled that he rose swiftly in 2007 to solve the same problem by visiting Ralph Uwazuruike of MASSOB while in detention, five times, to dialogue with him and his men.

He regretted that Governor Willy Obiano lacked the wisdom and skills of engagement and capacity to reduce youth restiveness through job creation and in the absence of such engagements, people have resorted to listening to non-state actors.
He said one of the ways to boost employment is to partner with the private sector through the provision of an enabling environment. This is why he said infrastructural development, environmental upgrade, security, job creation, youth empowerment, among others would be part of his priorities.
Uba promised that if elected, he would conduct local government elections and pave the way for council autonomy. He said it’s distressing that while N220 million was due to each of the 21 local government areas, the state government only releases a meagre N5 million as monthly allocation to them, though they are made to sign for the N220 million.
He asserts that this is why the state is so decrepit that even the governor does not stay in the government house.
Uba said he has the church’s backing, as he and his deputy, Emeka Okafor, belong to the Anglican and the Catholic denominations.

He urged the people to disregard the notion that the Uba brothers -himself, Ogochukwu, and Chris – were working at cross-purpose, as he stated that they were on the same page about his ambition to govern the state and make it a pride for the residents.