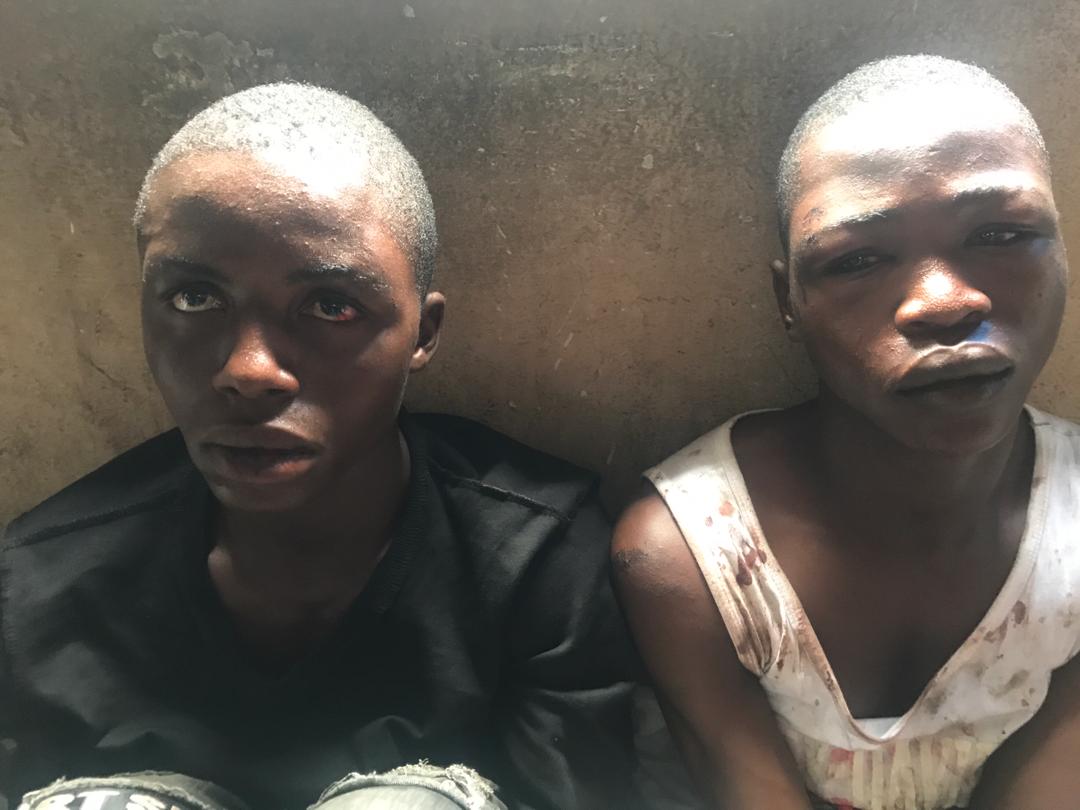 This was disclosed through a press release by public relation office, DSP Bala Elkana that on 19/4/2019 at about 8.00pm, surveillance patrol team received a distress call that some traffic robbers are operating at Alafia area along Lagos Badagry Express Way.

The Anti robbery team were quickly deployed to the scene and two suspects namely; Olalekan Taoreed ‘M’ 20yrs of No.20, Sunday street, Ijora Badia and Adeniyi Okunloye ‘M’ of No. 25, Alaba Road, Suru Alaba were arrested.

Following items were recovered; one Samsung Duos handset stolen from one of the victims was recovered from them. one big sharp cutlass which was used in inflicting injuries on victims. They confessed to be responsible for traffic robberies along Orile and environs. Investigation Is ongoing and suspects will be charged to Court.

Police boss, CP Zubairu Muazu mni warns that tough times awaits traffic robbers with the deployment of surveillance teams across State and Command will continue to make Lagos State difficult for criminal elements to operate, and calls on Lagosians to be vigilant at all times.