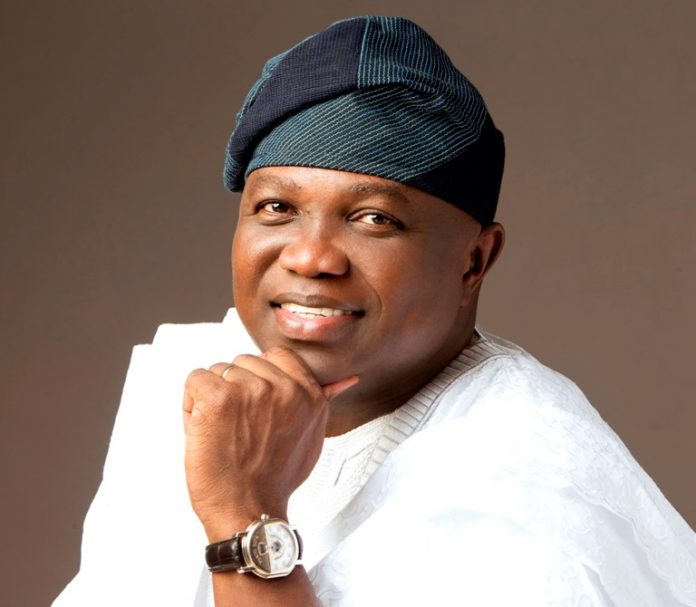 APC: As the pendulum swings from Osun to Lagos

That the Nigerian voters are becoming increasingly politically savvy, in the choices of the candidates they trust is patently obvious. Performance of individuals, rather than political party patronage is a determining factor in who gets what. Those who doubt this assertion may have to take a critical look at the two recent elections held in Nigeria-the Senatorial one in Osun state and the just concluded local council polls in Lagos state.

For the former, Dr Ademola Adeleke of the Peoples Democratic Party (PDP)  clinched the Senatorial seat to represent  Osun West, in the July 8, 2017 bye-election. The post was  made vacant by the sudden demise of his brother, late  Senator Isiaka Adetunji Adeleke.  It is on record that Aregbesola had promised to resign should Adeleke win.  But when he  saw the hand writing on the wall, he had to throw in the towel.

Sadly, the politician who has borne the toga of a progressive in words could not put that to action. “The people have spoken. Democracy has won and we respect the people’s choice”. That is the beauty of democracy. The people’s dreams, aspirations and choices, rather than that of a few power-poaching politicians always hold sway.

Expectedly, the  candid opinion  of seasoned political analysts is that if Aregbesola had performed creditably well and  paid workers their salaries as at when due, as well as  put solid infrastructure in place to bolster youth employment, his party, All Progressives Congress(APC) would have had a landslide victory. That is, just as it has recently played out, in Lagos state, the acclaimed Centre of Excellence.

Interestingly, it was a clean sweep for all the 57 chairmanship candidates of the APC in the July 22, 2017 local council elections in Lagos state. They were all declared winners by the Lagos State Independent Electoral Commission (LASIEC) as they clearly defeated all their rivals, particularly from the PDP and Accord parties in the keenly contested election.

To underscore the significance of this electoral feat it should be remembered that during the last similar polls held over five years ago in the same state, APC lost some councillorship posts to the PDP. Also, in 2015 APC lost nine House of Representatives members to the PDP. Indeed, one honourable Kakoare won his election on the platform of the Accord Party (AP). The compelling question therefore, is to find out who, or what has made the difference?

The answer is Governor Akinwunmi Ambode! The young, humble, hardworking, visionary, resourceful leader has cautiously keyed his administration’s policies in tandem with the wishes of the good people of Lagos state. He knows, unlike some of his counterparts strewn all over the country that leadership is all about trust. That is the key element in every human relationship.

At every point of decision making since he assumed office over two years ago he reminds himself of the electoral promises he made during the 2015 campaigns. And he has gone ahead, through the Town Hall Meetings to reinforce the belief of the people in his government’s capacity and capability to deliver on their mandate rather than his.

He has therefore, excelled because he has kept an abiding faith with the promises he made to the people. Talk about the critical issues of security, infrastructural development, youth empowerment, job creation, tourism and the entertainment industry, Ambode’s Midas touch is there for all to see. And all because he is building bridges of trust, faith and loyalty with the people; to facilitate the common cause of good governance.

Said he:”This victory for us is nothing more than a confirmation of the trust that Lagosians have placed on the party.”Only that would explain the sweeping victory of the APC in an election conducted in an atmosphere of peace and harmony, in spite of the heavy rain. He noted that the party did not only emerge victorious for the chairmanship positions but also the councillorship, which is the closest to the people. That again, is democracy at work.

It should serve as a moral and political lesson not only to Aregbesola but other APC governors, that their performance rather than their belief in the name of the party would always get them the victory. Things have since changed iin Nigeria’s effervescent political landscape. The politicians may have their say but the people now have their way. As the pidgin English phrase goes, ”eyes don open! ”