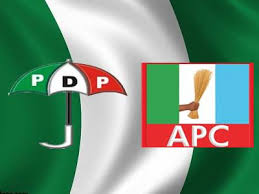 The Peoples Democratic Party, PDP, has responded to the comments made by opposition and ruling party, All Progressive Congress, APC, blaming it for the current state of the nation’s economy.

Recall that the National Chairman of the All Progressive Congress, Chief John Oyegun had said the major reason that united the PDP was the willingness of the party members to milk Nigeria’s resources dry.

In response to the comments, the People’s Democratic Party has urged APC to focus on solving the economic troubles its incompetence has brought on Nigeria and Nigerians.

The PDP in a press statement signed by the Director of New Media, Deji Adeyanju said:

“Chief John Oyegun’s response to our media statement of 19/08/2016 is pretty much a summary of the APC led FG – long on prose & badly short of substance.

– Foreign Investors like the Sun International leaving Nigeria over a hostile working environment where passports of staff can be seized by EFCC for several months without a court order.

– Food prices have risen to the point where minimum wage (N18k) can no longer buy a bag of rice (N20k). A bag of rice was N9k at the inception of this admin.

Chief Oyegun will be better served worrying about such things than the spread of a false narrative.

And the next time, Chief Oyegun wants to blame God for the economic woes brought about by his party, he should first read Jeremiah 29:11.

Again, we would like to give Chief Oyegun the compliments of our warmest regards & most abiding esteem.