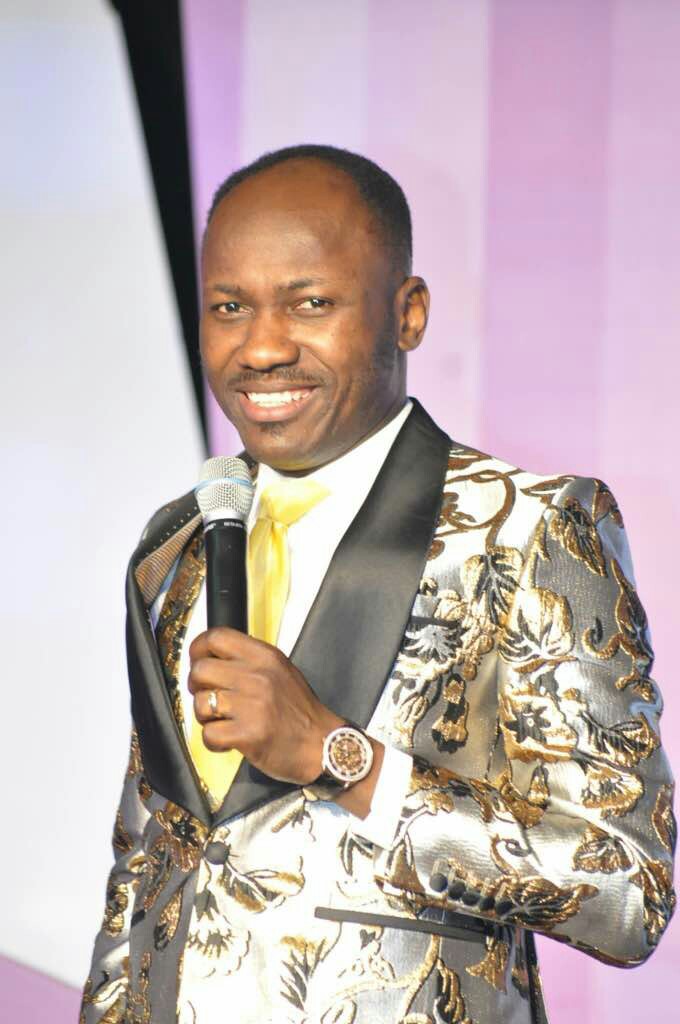 A true prophet shares God’s intent. He does not share based on his own understanding or initiative, but from what the Holy Spirit reveals. Apostle Suleman, for many years, has been using his Holy Spirit inspired gift of prophecy as a reminder that God does not abandon His children and He wants them to live above challenges.

The man of God, on number three of the prophecies released at the close of Year 2017 said; “Imo governor to make governorship a family affair.” The governor last week confirmed the prophecy when he said he and his deputy would be seeking senatorial seats after their tenure in office while he said that his son-in-law would be made to succeed him as governor in 2019. On number 18, the prophet said; “EFCC boss to have major setback,” which is manifesting by the National Assembly’s non-recognition of Magu as EFCC boss and the Commission’s insignificant success in prosecuting the accused. On number 28, the prophet of God warned that; “Atiku’s men will betray him.” Since the former vice president, Atiku left APC to PDP, little success has been achieved in his bid to get the PDP ticket for 2019 presidency. This was due to alleged betrayal by those who promised to back him up but failed to so far.

On number 39 of the prophecies, the man of God told the nation that; “I see a new political party that will divide APC and PDP.” In the last few weeks, two political movements have surfaced, floated by technocrats and old time politicians with the intent to wrestle power from both the APC and PDP. On number 42, Aposle Suleman warned that; “Nigeria pray against air crash.” On Tuesday, February 20, 2018, a Port Harcourt bound Dana airplane crash landed into the bush. Apostle Suleman also warned during one of his Sunday services that; “I see kidnappers entering schools.” This turned out to be the dreaded Boko Haram sect that abducted 110 school girls in Dapchi, Yobe State, few days ago. It is news of hope for the country’s failing economy, on number 38. Apostle Suleman said; “I saw the naira gaining relevance.” For some months, the Naira, according to government’s release, has remained stabilized against the US Dollar and Euro.

It is recalled that Apostle Suleman first prophesied that Jerusalem would be Israel’s capital city, and that George Weah will be Liberian president, which have all come to fulfillment.

It would be stating the obvious that Apostle Suleman’s spiritual gift of prophecy is an extraordinary one. He is blessed with the ability to receive divinely inspired messages and he delivers them in a manner that not only prevents dangers but also restores destinies.