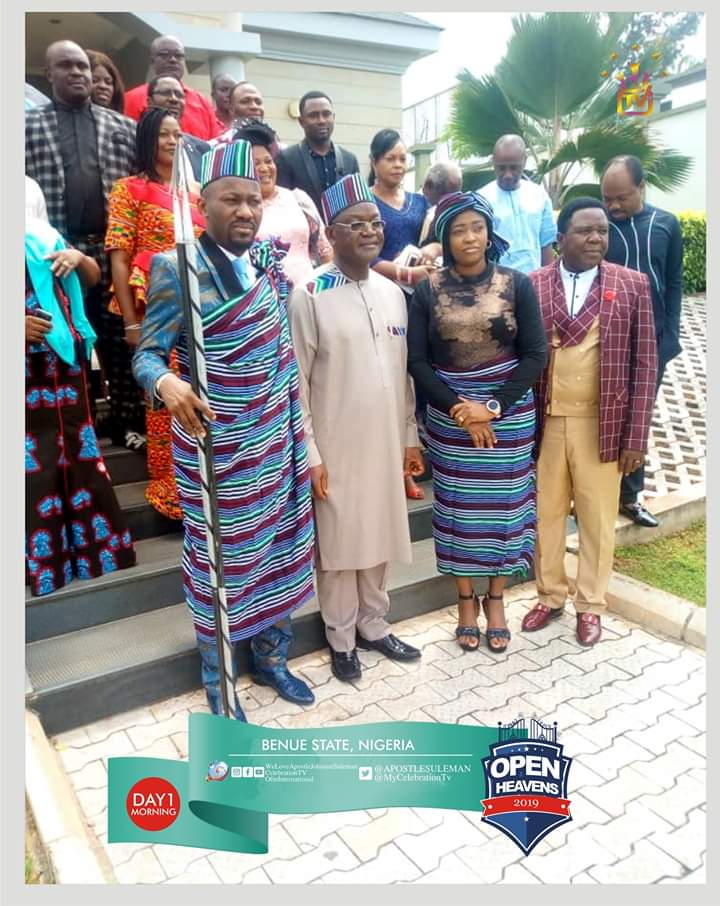 The crusade tagged ‘Open Heavens’ is billed to hold between Tuesday 16th and Wednesday 17th July, 2019, and already the city is agog in anticipation of Suleman’s visit.

There are many reasons for Benue to rejoice over the servant of God’s prophetic call. First is, the fact that the cleric’s wife, Reverend Lizzy Suleman, hails from the state. Also, during the herders/farmers crisis of 2018 which left a number of its citizens displaced and at the mercy of government, Suleman remembered the state in his humanitarian activities by complementing the state government’s efforts with a donation of N5 million.

On arrival at the state, the cleric,his wife and the entourage paid a courtesy call on the governor, Mr. Samuel Ortom at the government house where he hailed the governor’s performance and endorsed his governance style of putting the people first, an attribute he says is ‘very rare among leaders in the world.’

“Many leaders would prefer to defend their seats and positions at the expense of their people in time of challenges, but you never bothered as you stood by your people. That path you took was capable of costing you a second term in office but you stood your ground,” the cleric declares, pointing out that if there was anytime Benue people needed to appreciate the governor, it is now, and he was proud of the governor and would continue to support him and people of the state through prayers and other forms of support.