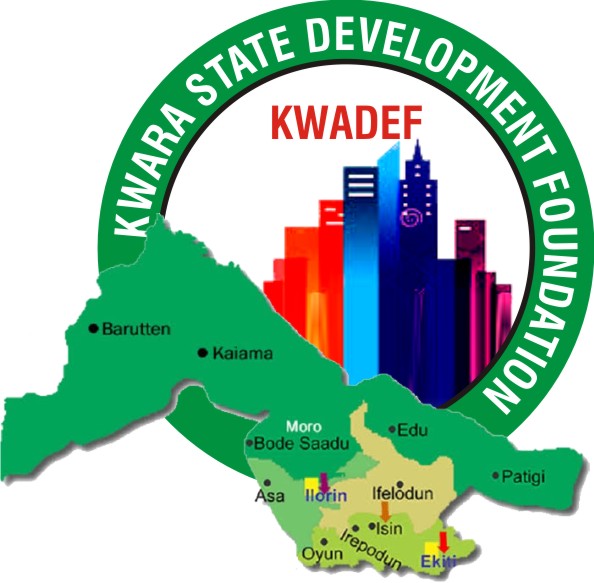 SaharaWeeklyNG Reports That The Kwara Development Foundation, KWADEF has called for an unwavering vigilance from all stakeholders in Kwara State to sustain the gains of the recent political struggle that gave birth to the current dispensation in the State.

The group also urged the State governor, Alhaji Abdulrahman Abdulrazaq to “protect the treasury and the commonwealth of Kwara from vultures within and outside the state.”

Rising from its monthly meeting last weekend, where it assessed “Democracy and Governance” in Kwara in the last two years, Kwadef in a statement signed by its President, Dr. Kolawole Afolabi, and Publicity Secretary, Oluwasegun Abifarin, explained that the emergence of Governor Abdulrazaq as a result of the “Oto ge” revolution brought an end to the monopoly of certain forces that have held the State down for years.

According to the group, “to the glory God, the last two years have seen a change of power equation from one man to the people,” adding that “we cannot shy away from Governor Abdulrazaq’s strides in human capital development, agricultural revitalization, and Infrastructural renewal/development which have gone beyond the state capital.”

The statement added further that “KWADEF was proud that the governor has focused on investments in basic education, primary healthcare, gender inclusion, youth’s engagement, citizen engagements, and efforts designed to open up the government for public scrutiny and accountability in manners consistent with the political barometer of the state.”

According to KWADEF, “governance in Kwara has never been this sweet because every segment of the society is feeling it. Before May 2019, the water tanker was the source of potable water in most parts of the State capital, even in the Government House. Today, Pipe-borne water is back and stable in the Ilorin metropolis while nearly 500 boreholes have either been dug or rehabilitated across the state.

“Workers are also collecting their salary. A lot of roads have been rehabilitated, healthcare facilities are being upgraded and a backlog of debts are being repaid. As of today, Kwara is off the UBEC blacklist. It has accessed a backlog of N7.1bn UBEC counterpart funds with a matching grant of N7.1bn to gradually reposition the schools.”

The group however urged the governor to address the lingering frosty relationship between him and his party, the APC, which has become an ”own goal in the net of the administration and the party”.

“The governor needs to bring all the people together. A lot of people are disappointed and depressed by this turn of events. Though we need to separate people’s participation from governance, the governor has not included a lot of people, which is not too good,” it said.

As part of the integration/inclusion process, the group urged the governor to also to cry for freedom of the people from Moro Local Government, especially the aspect that has to do with the restoration of the grading of their traditional rulers, the formation of their separate Traditional Council as obtained in the remaining 12 Local Government Councils in Kwara State.

According to KWADEF, the grading of Oba’s stool is gradually becoming an open sour of the state, particularly from communities who feel they have not been treated fairly in the exercise.”

On the looting of the state, KWADEF averred that the best way to implement the recent white paper on Senator Ajadi’s panel is to summon a non-political force, like the court of law, to prosecute those found guilty of looting the commonwealth of the state.

“We at KWADEF say Never Again should this kind of looting and malfeasance happen in the state. Governor Abdulrazaq should go to court. He can do it. He should do it,” the group said.

The Kwara Development Foundation, KWADEF is a non-partisan group of committed patriots and our intervention shall be non-partisan. Our focus is on Kwara and Kwarans in the collective struggle to chart a new path to prosperity and happiness.

Our focus is also to intervene and give direction to the people of Kwara state as we collectively march towards the much-desired Promised Land where the long-lost, milk and honey will be found in an atmosphere of shared prosperity for all our people.