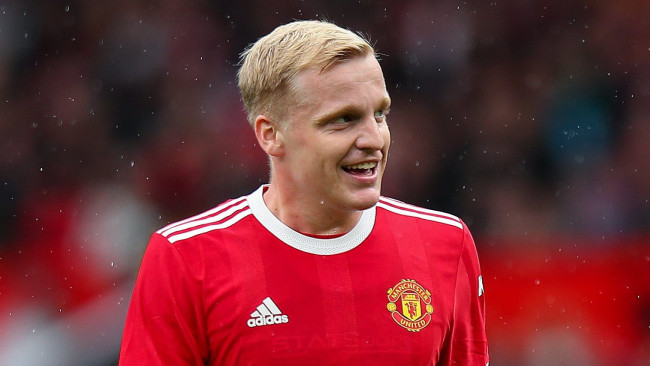 Guido Albers, Donny Van de Beek’s agent had said that Christiano Ronaldo return to Manchester United is a bad news for the Dutchman.

Van de Beek arrived from Eredivisie giants Ajax amid plenty of fanfare ahead of the 2020-21 season but the Netherlands international has continued to be overlooked by United manager Ole Gunnar Solskjaer.

The 24-year-old has been an unused substitute in United’s opening three Premier League games of the 2021-22 campaign, having made just four starts in the league last term.

Van de Beek, who had a deadline-day move to Everton blocked, could now see his prospects of game time further hampered following the Old Trafford comeback of superstar Ronaldo.

“Cristiano arrived on Friday which we knew was bad news for us. Pogba plays on the left, and with Cristiano’s arrival it means another extra player in midfield, with Pogba moving away from the left,” Albers told Ziggo Sport.

“We had conversations with Solskjaer and the board. We took the initiative to find a club and our search ended up at Everton. We opened talks with Marcel Brands and Farhad Moshiri.

“On Monday night [before deadline day] we received a call from Solskjaer and the club who told us that a transfer was out of question and that he had to report himself to training the next morning.”