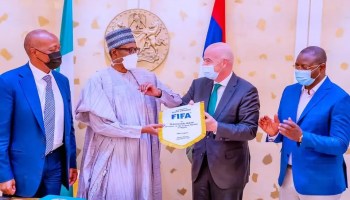 The President also declared his administration’s commitment to use football for the development of the girl-child, inspiring young people to have rewarding careers in the game.

Receiving the FIFA delegation led by its President Gianni Infantino and the President of Confederation of African Football (CAF) Patrice Motsepe, at the presidential villa, Abuja, the President called on the top echelon of football’s world governing body to see Nigeria as one of its greatest assets when it comes to the development of football.

On women’s football, President Buhari expressed delight that Nigeria has produced excellent role models to inspire the next generation of stars to take up the sport.

A statement issued by the Special Adviser to the President on Media and Publicity, Chief Femi Adesina, quoted the President as saying: “Our National Women’s football team, the Super Falcons are a force to reckon with both on the continent and internationally.

“Some of our women footballers such as Asisat Oshoala, who only recently became the first African to win the women’s European Champions League with her club Barcelona.

“Rasheedat Ajibade, Rita Chikwelu, Onome Ebi, who is the only African to have played in five FIFA Women’s World Cup Finals, Desire Oparanozie and before them Perpetual Nkwocha, Mercy Akide-Udoh, Nkiru Okosieme and Ann Chiejiene are globally recognized stars.”

President Buhari also told the visiting FIFA President, who is in the country for the six-nation Aisha Buhari Invitational Football Tournament, that since 2017 his administration had adopted football as a national asset.

He explained that the sport is being accorded the highest level of attention possible by the government to enable rapid development of abundant talents in the country.

“I have also approved the unveiling of a committee to draw up a 10-year football development master plan for the country.

“I expect that the recommendations of this committee will accelerate the development of football. It is my hope that it will further improve the fortunes of the game internationally.

On the Aisha Buhari Cup (ABC), with the theme “Playing for Good”, which is on-going in Lagos, the Nigerian leader said the tournament could not have come at a better time.

“This Women’s football competition is a novel idea here and I am sure it will be exciting in its execution for our womenfolk and lovers of PPP. It is also a confirmation of what we already know about our women,” he said.

He thanked FIFA for making ABC, a ranking tournament, adding that he looks forward to more countries joining to participate in the future.

President Buhari, who described football as one of the greatest sources of unity in the country as well as in many parts of the world, said:

“Our hearts beat as one anytime our teams are playing a football match. Our youth are always positively engaged when our national football teams are on assignment.

Related Topics:Nigeria Football Development
Up Next 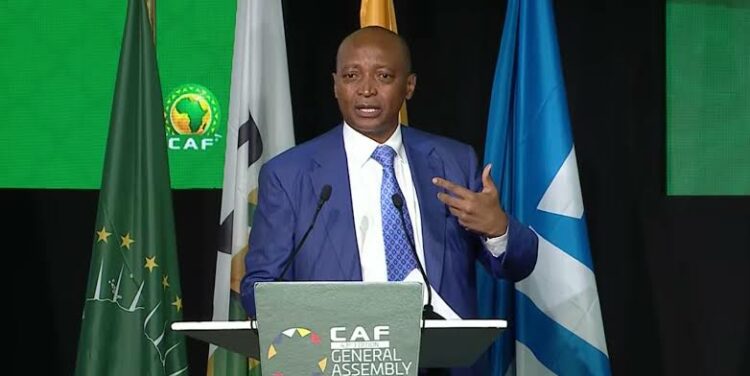 The Confederation of African Football CAF, has postponed the 2023 African cup of Nations. The competitor which was supposed to take place in Cote d’ Ivoire from June 2023 has now been postponed to January 2024.

The decision was one of the key decisions taken during the Confederation of African Football(CA) Executive Committee meeting held on Sunday.

“The 2023 Afcon will now be played between January and February 2024,” Mostepe told the media during a press conference in Morocco.

“This is one of the issues we discussed during our congress meeting here in Morocco and the official dates will be communicated later.

“It is after deliberations we came into the decision, we have partners and even though we make decisions, it is out of respect that we take the advice we are getting that we cannot take a risk [to host the tournament] and so that is why we have made the necessary announcement today [Sunday].

Motsepe, however, lauded Ivory Coast for the preparations they have already put in place to stage the tournament.

“I am happy and impressed with the infrastructure put in place by Ivory Coast in readiness for the tournament and I am sure they will host a very good tournament,” Motsepe continued.

The Super Eagles of Nigeria are one of the teams eyeing qualification for the next AFCON tournament and they have started the qualification series quite well; winning their first two games against Sierra Leone and then Sao Tome and Principe.

At the last edition of the biennial football tournament held in Cameroon, the Super Eagles despite showing early signs of promise crashed out in the second round in a 1-0 loss to Tunisia’s Carthage Eagles.

Senegal went on to be crowned champions after defeating Egypt on penalties in the final.

It is worthy to note that the AFCON tournament held in Cameroon also suffered its own fair share of postponements.

However, unlike this case where CAF is making a decision due to weather contingencies, the tournament in Cameroon was postponed due to the COVID-19 pandemic. 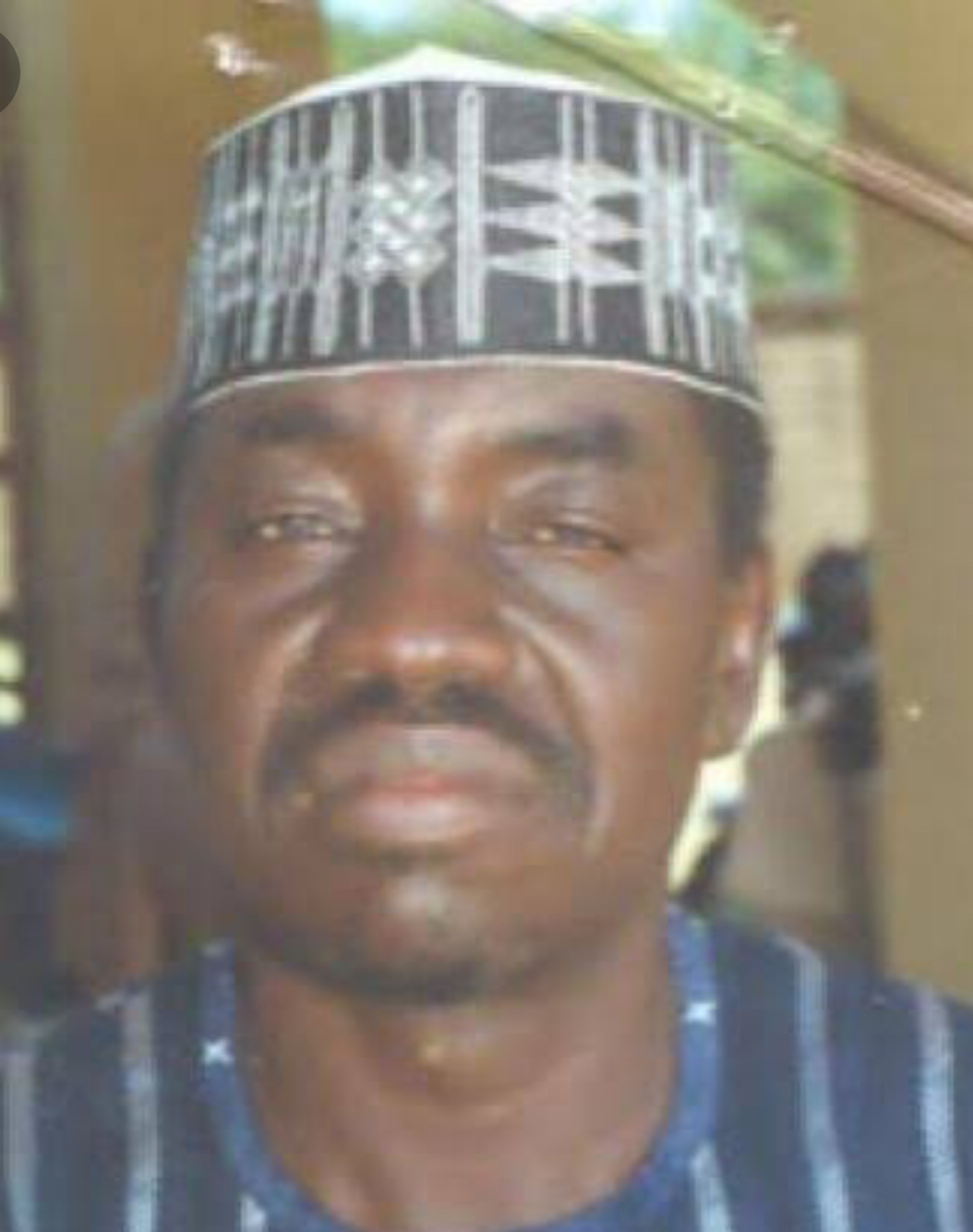 Kidnappers have released a former Secretary of the Nigeria Football Federation, Alhaji Sani Toro, former Assistant Coach of the Nigeria Super Eagles, Garba Yila, and one of their friends, Alhaji Isa Jah, from captivity.

According to reports, Toro, Yila and their friend were kidnapped at a village around Akwanga in Nasarawa State.

They left Abuja at about 5.00pm on Saturday after attending the wedding of the son of a former NFF President, Aminu Maigari, and were kidnapped at about 7.30pm.

A family source had told our correspondent on Sunday that the kidnappers had contacted their host, Maigari, and demanded the sum of N150 million before releasing them.

It was unclear as of the time of filing this report if any ransom was paid before their release or not.

A family source confirmed their release to our Correspondent simply saying, “Yes, it’s true. They were released this morning after the morning prayers at about 5.00 am. And they are all in good health condition.”

The Police Public Relations Officer of the Command, Ahmed Wakil, a Superintendent of Police said, “They were released this morning.”

When asked to give further details, he simply said, “That’s all I can confirm to you.” 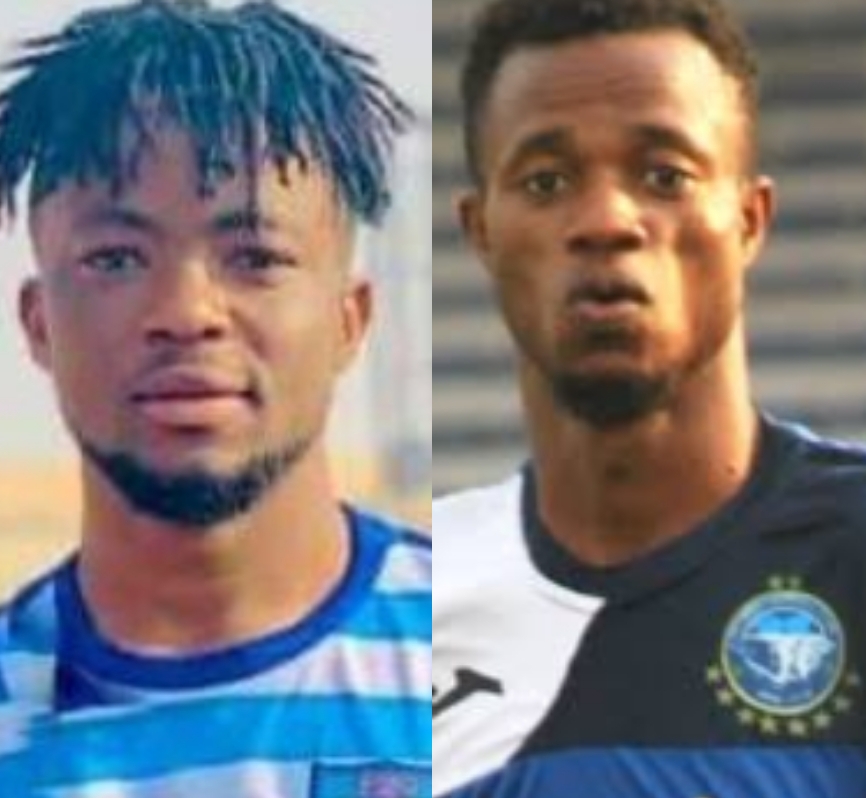