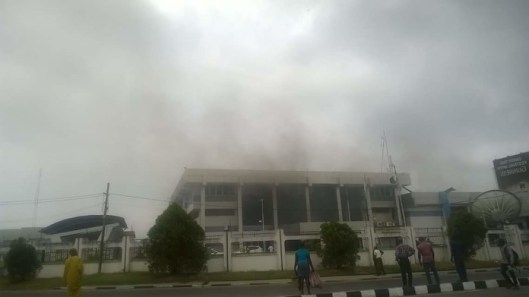 An explosion has rocked the Central Bank of Nigeria (CBN) office in the city of Calabar in Cross River State.

“I heard a loud explosion coming from CBN axis, the road is now blocked and motorists have been diverted to another route”, a resident, Gift Effiong explains

Another source said; “We heard an explosion from CBN, then there was a fire.”

According to sources, five are feared dead in the explosion.