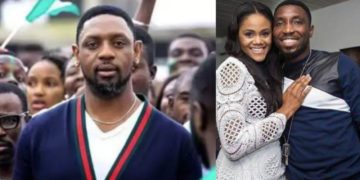 For sometimes now,I have pondered and wondered,over the Dakolos’ rape allegations,against Pastor Biodun Fatoyinbo; of COZA. It is a story that has,and still generates alot of debates in Nigeria’s media landscape,particularly, the social media.

The dust raised,as a result of this media whirlwind,is such that leaves one;to the bewilderment of what our society is drifting towards. No doubt,much have been written or aired about this saga. However,many more is craved for,in order to lay the whole imbroglio to a logical standstill.

For some reasons,I have held my pen,in order to assuage the already debilitating media onslaught,that could annihilate the parties involved in this saga. Sufficed to have said that,however,it is also important to get the public enlightened,to avoid societal rancours.

At this point in time,it is immaterial,to recount what has transpired. Alot had been fed to public on this topic,but the truth must prevail.

Let’s fast forward a little retrospectively. In her allegation, Busola Dakolo claims she was raped, for good 3times, the first of these incidence, was in her parent’s home,even with another adult in the house. Funny enough,a report claimed that, pastor Biodun had affairs with the said adult. Another report even suggested that,he might have spent the night in Busola’s sister’s room;to be there that early. How laughable that is!

In my few days of sojourning this earth,I’m aware;how extremely difficult it could be,for two women to share a man,their intimacy or ties notwithstanding. That could only happen,when such relationship is mandated by marital bonds.

Does it not defy critical cognition,that a “VIRGIN” would be raped,and she was still at ease and peace, till the rapist goes outside to his car,to fetch a bottle of krest.

The same krest she was not forced to drink?

When something happens once,it could be said to be an incidence. If it happens again ( the second time),we may call it a ‘coincidence,’ but surely,I do not have a reasonable grammar; that justifies a sexual intercourse with the same man(rapist) as a rape case. You could see the incoherence of such allegations.

I do not intend to underestimate the usefulness of the social media,particularly,how effective it could be,in reaching a vast majority. However,many Nigerians digest social media content,with lots of sentiments and emotions.

Instagram,Twitter, Facebook;etc,are not courts of law. As such,redress for grievances must be sought in the courts,be it crime or civil battles.

It is worrisome, how individuals, organisations,homes,governments and institutions,are degraded on social media. Some of these social media crusaders do so,as popularity stunts. Besides, is there medical reports from Dakolos to back the purported rape allegation? This,most often than not,is unknown to unsuspecting public.

Back to Timi Dakolo and his wife. I read, how the musician came out to say, he never said his wife was a virgin,how he never wedded his wife in Biodun’s church, how he’s been intimidated, by who? how the police served him an invitation and what’s not. Let me say that,if not for this saga, I wouldn’t have known his wife wasn’t a virgin,when he married her…

Has it occurred to Busola, that she is being used,as a social media stooge? Where are those placard-carrying protesters geering and cheering her?

I guess the celebrities, actors,and body of ‘lawyers’ praising her so-called “courage” have sent her money,for the legal escapade she is set for.

I wouldn’t want to pitch my tent,with those who refer to what has happened, as fighting the Church(howbeit,it appears so),but,I think the Dakolos are treading on a seriously dangerous highway. The onus lies on them,to make amend quickly,as the whole stunt,or whatever was intended,has further been quashed by the supports shown COZA by CAN,objective Media houses and Personel with other critical Nigerians.

Related Topics:. ReligioncoverstoreyGossipSociety
Up Next