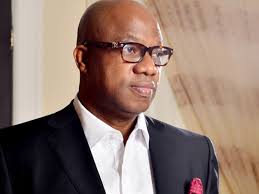 As the National Assembly began a two-week break, the executive Governor of Ogun State, Prince Dapo Abiodun has congratulated the leadership of the 9th National Assembly and charged federal lawmakers to spend the time judiciously by widely consulting with their constituents on programmes and Bills that will promote good governance.

In a release by his Chief Press Secretary, Mr. Kunle Somorin, the governor expressed his joy over the successful emergence of the leadership in both Chambers of the National Assembly.

In his words; “Holding a rancour-free election process by members of the 9th National Assembly is indeed a great feat in the democratic development of our great nation. Both Chambers have demonstrated their resolve to be real democrats by running a transparent and participatory process that produced Senator Ahmad Lawan and Rt. Hon Femi Gbajabiamila as the Senate President and Speaker respectively.”

Gov. Abiodun said the new helmsmen are loyal party members and dogged democrats, whose credentials at the legislature are enviable.

He added: “I am not surprised at their emergence and will enjoin distinguished senators and honourable members to give them the maximum support for them to partner with President Muhammadu Buhari to deliver the dividends of democracy to our people and lift our people out of poverty. I’m proud of their acumen, character, insight, competence and patriotism.

“As we all look forward to a more united, focused and developed country, I want to charge members of the National Assembly to be more proactive with their duties and come up with laws that will continuously pave way for a peaceful and united nation; ensure prosperity of the citizenry and create an atmosphere for good governance to thrive in Nigeria.”

Prince Dapo Abiodun urged the legislators to be fully committed to the Next Level agenda of the Buhari-led government which promises to be people centric and impactful.

He further stressed the need for the legislators to consult their constituents at various levels and come up with robust socioeconomic issues that are critical to the overall development of the nation as this will equip and guide them on their major responsibility of law making.

He further called on the lawmakers to engage, sensitise and encourage their constituents to come up with recommendatory proposals and Bill’s that will bolster participatory democracy and prosperity for the people.

“Mko, Adedibu, Oba Abimbola Jibola and I were the Key Players Behind June 12”-Chief Abimbola Aboderin