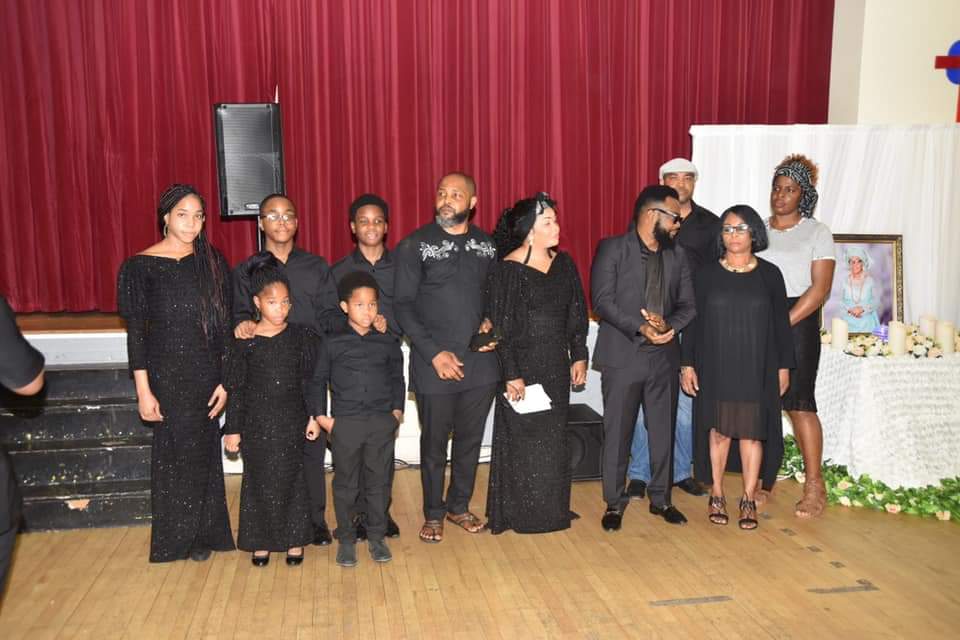 Music superstar, Oladapo Daniel Oyebanjo popularly known as Dbanj might not be too happy right now, the Koko master is grieving with one of his strongest allies, Damian Ifeanyi Okoroafor who has just lost his mum.

Damian and the music star, DBanj are partners and are almost, always inseparable with both having each other’s ears, most especially during trying times. It was the handsome businessman of international repute, Damian, we gathered that was closely monitoring things and feeling pulses when DBanj and his beautiful better half lost their son months back. This explains the reason DBanj is also at the fore front of the burial coordination for Damian’s mum.

The fashionable and well educated septugenarian passed on to the great beyond last week and her remains will be committed to mother earth on October 17th and 18th, 2019.

Already, burial processions have kicked off in the United Kingdom where a befitting service of songs was orgnised for the devoted Christian who gave her children the best of everything any parent can think of.

Hers, is definitely a celebration of a life well spent as friends, family, business partners and well wishers from across the globe joined Madam Gertrude’s accomplished children in the UK to honour their septugenarian mum.

According to a statement signed by Engr. Iyke Okoroafor for the family, “we the entire family of Nze Philip Ifeanyi Okoroafor invite your humble presence to pay our last respect to our ever loving and caring mother, Ezinne Gertrude Obeakwauwa Okoroafor”, the statement says.

The body of the late woman of substance leaves Aladinma hospital mortuary to her hometown, Umusiochie in Obowo local government while the lie in state holds at her residence at Umulowu, Amuzi Ikenanzizi in Obowo LGA, Imo State before the funeral service will be conducted at St. Mary’s Catholic Church, Amuzi. Internment follows immediately.

Peace corps congratulates Esama @85, describes him as embodiment of peace