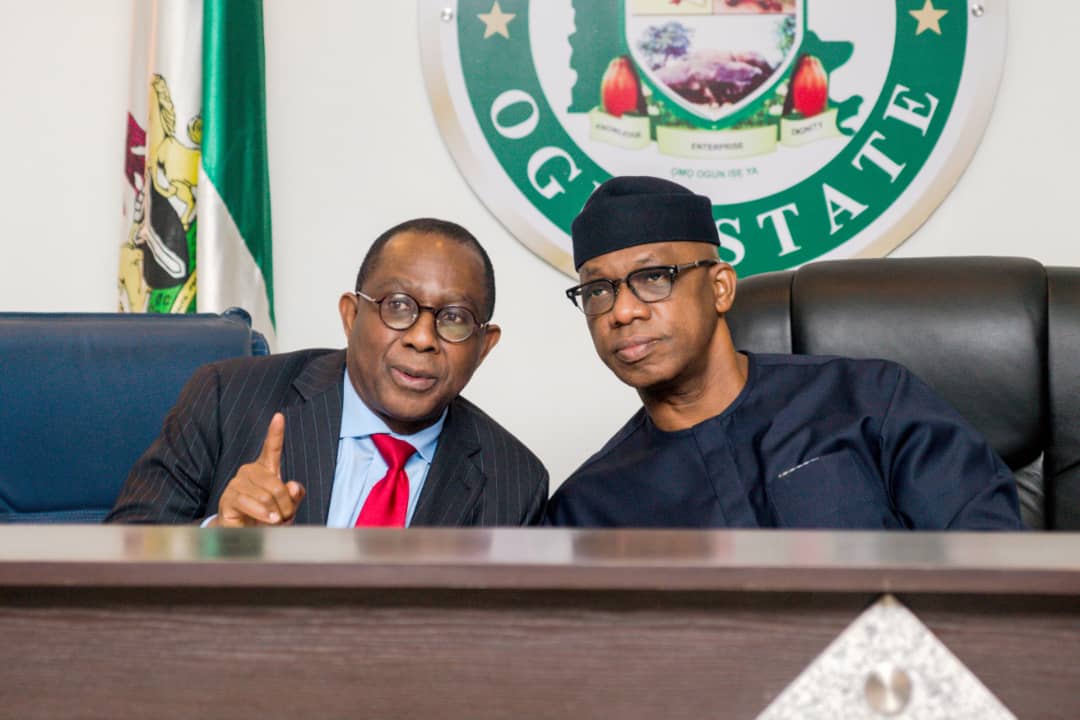 A dry port that would encourage the processing of agricultural products for export, would be established around Itoro in Ewekoro Local Government Area of Ogun State.

The State Governor, Prince Dapo Abiodun disclosed this when he received a team from Africa Development Bank, led by the Senior Special Adviser to the President, Prof. Oyebanjo Oyelaran- Oyeyi Nka, on a courtesy call on him in his office at Oke-Mosan, Abeokuta.

Governor Abiodun said the establishment of the dry port would complement the airport currently under construction, as it would handle agriculture and related products.

He said agriculture remaind one of the sector his administration would focus on, as it was capable of ensuring food security and employment generation.

“Agriculture is one of the sectors we place emphasis on. It is on the front burner. We are looking for Investors to partner with us in driving the sector”, the Governor said.

He affirmed that the State Government would key into the various Central Bank of Nigeria’s interventions programmes on agriculture, calling on Investors in the sector, to take advantage of the conducive environment and availability of arable land to invest in the State.

Speaking earlier, Prof.Oyelaran-Oyeyi Nka, said the team was in the State to introduce Chinese Investors to various investments opportunities that abound and seek the support of government to enable them set up Businesses.

He said many nations, particularly from Europe, were making big success in agro-business, regretting that despite the huge potentials, the sector was largely neglected in Nigeria.

The Senior Special Adviser identified low yield of crops as one of the problems confronting agriculture in the country, saying that emphasis would be given to cassava processing to add value to to the produce and generate employment.

Prof. Oyelaran-Oyeyinka stated that there was a proposal to develop a 300 hectares of farmland in the State, adding that the team would visit Oyan Dam and the airport to see how they could be harness.

Also speaking, one of the investors, Mr. Junxiong Wang, who owns a paper company at Itori, attested to the conducive business environment in the State, saying he has been doing business in the state for the past ten years without any problem.

REINVENTING FIRSTBANK THROUGH CREATIVITY AND INNOVATION