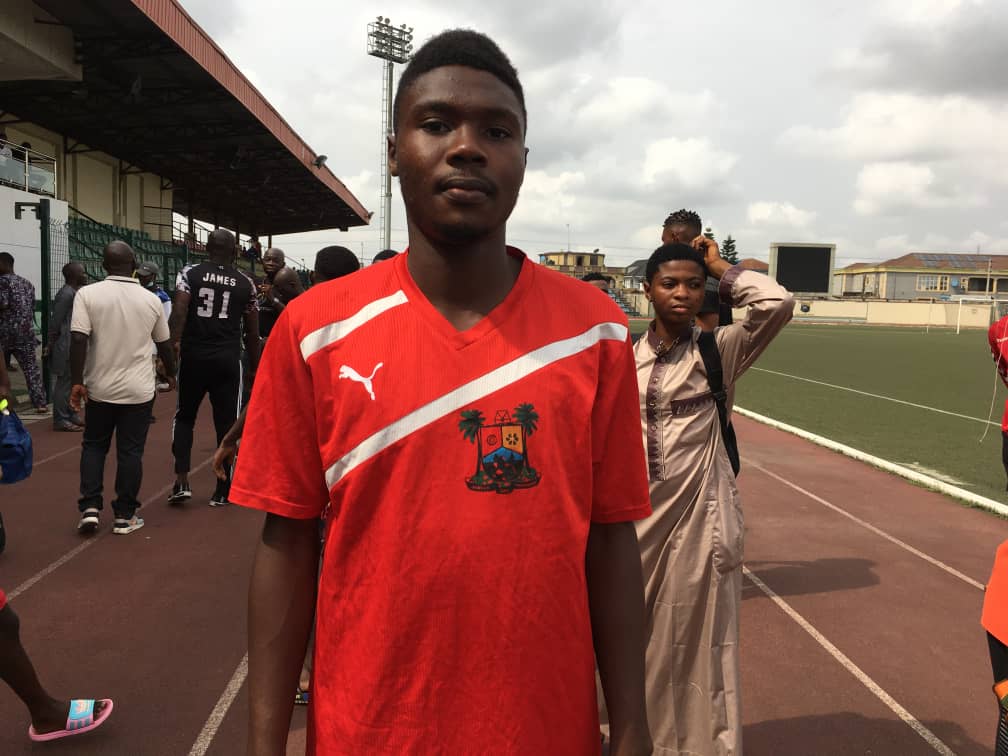 Noah Salaudeen said this, after goaless draw between his Lagos State team against Joy Cometh FC (NNL side) in Agege.

Both teams really gave a good account of themselves as Joy Comet FC came to scoring in the 12th minutes through Damilola Johnson. Some scoring chances were also missed by Team Lagos to end the first half goalless situation.

The second half was dominated by Team Lagos while Ikoroduâ€™s team defense was superb throughout the encounter. A well-deserved penalty which Team Lagos should have converted was missed by Joseph Edeh in 72nd minutes when he sent the ball to a wide range to end the tie in a barren draw.

Speaking after the match with Sports247, Noah Salaudeen an amazing bright football talent who play as an Attacker for Buruj Sports Academy in Lagos. stated that his target is to put more effort in both training and matches while he remain focused.

Todays match tempo was very high and I was able to gain one or two experience to add to my knowledge.

â€œI have put in my best over the years to get my career to this state with a lot of exposure and outings I have gained since my tender age, I had remain focused and confident with a strong believe that having encountered alot while I was in London, I have been to Borehamwood FC, Fullham FC, Millwall FC, Barnet FC for Football Trials.

I have also Participated in series of International Tournament i.e. English and Welsh International Super Cup in United Kingdom through my team Buruj Sports Academy.

I realised that God’s time is the best in everything we do, I will keep doing my best and work hard for 2021 Edo Festival while representing lagos Festival team amidst other amazing talents.

I would like to commend our coaches and technical crew for a wonderful job as they strive to bring out the best in every players with a unique approach and desiring atmosphere. Kudos to them for a good job!.

Nate Sudfeld Takes over From Jalen Hurts as Eagles quarterback