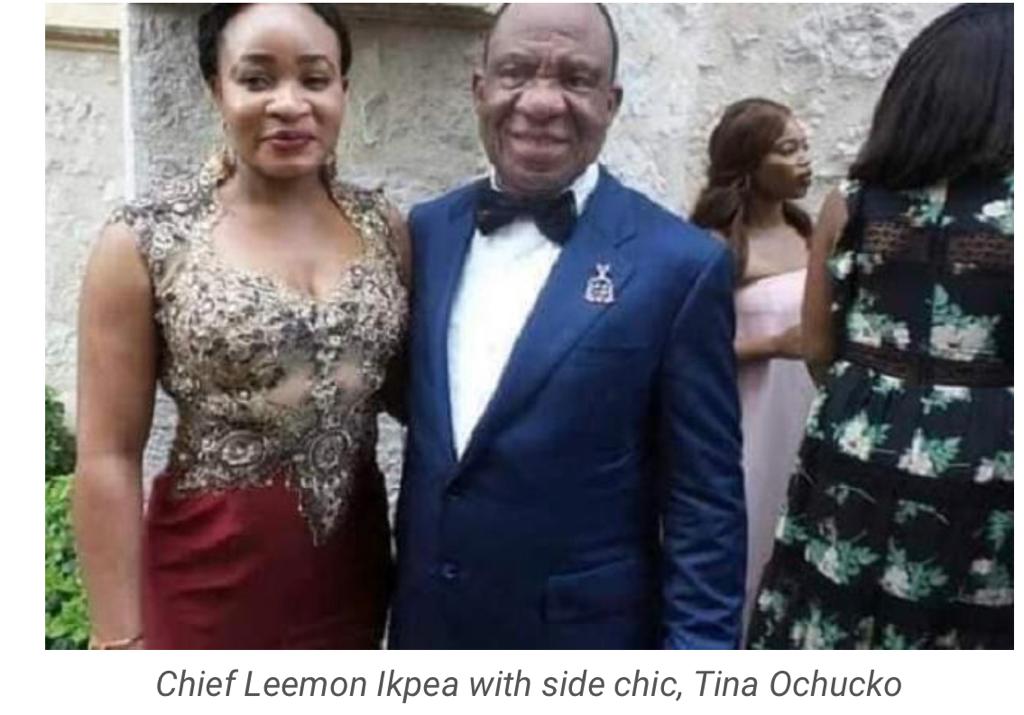 Notwithstanding the myriad of excuses spun by Chief Leemon Ikpea, the billionaire chairman of Lee Engineering and Construction Company, regarding his ignominious separation from Agnes, his wife of 39years, the Edo Women’s Rights Network, EWRN, has fingered Tina, his mistress, as the crooked wood that disrupted the fire of the marriage.

Chief Ikpea had filed a divorce suit against Agnes with the Edo State High Court which pronounced last February that she should vacate her matrimonial home in Banana Island, Ikoyi.

The billionaire businessman wasted no time in evicting the mother of his children out of the home they had lived together for decades. He had her possessions thrown out in the streets.

Of course, this did not go down well with their grown-up kids who took the matter to social media, inferring that their father was not acting on his own or characteristically.

The EWRN, devoted to fighting the cause of women, recently stated the matter, stating its disgust and disappointment at Chief Ikpea and blaming his mistress, Tina, for her role in the unfolding saga.

According to a statement signed by the Executive Director of the group, Hadiza Ero, “We are shocked to hear that a marriage of 39years old that has produced adult children will just pack up without any cogent reason from the man. It means that there’s someone, a higher, devious power controlling things behind the scenes and we are very sure that it is Tina. Since she came into the life of Chief Ikpea, the marriage has known no peace. And, as a women’s group, we are compelled to ask Chief Ikpea to sit back and think twice before incurring the wrath of Edo women and God.”

The EWRN further said that Chief Ikpea had been most unfair to Agnes, the wife of his youth with whom he built his multi-billion naira empire, by only building a house for her in Ikorodu, a suburb of Lagos. Yet, he has a huge luxury property portfolio. The group opined that even if the couple had issues, their kids are old enough to be discerning but, “In a situation where even your kids are against you then, there’s more to it than Chief Ikpea is letting on. What we are sure of is that Tina is manipulative and mischievous and she is the one that has ruined the Ikpeas’ union.

At the appropriate time, we will let the world know what we have decided to do to Tina. But in the interim, we warn Chief Ikpea to do right by Agnes.”

UBA: A Bank of Many Firsts, in pursuit of Customer Satisfaction