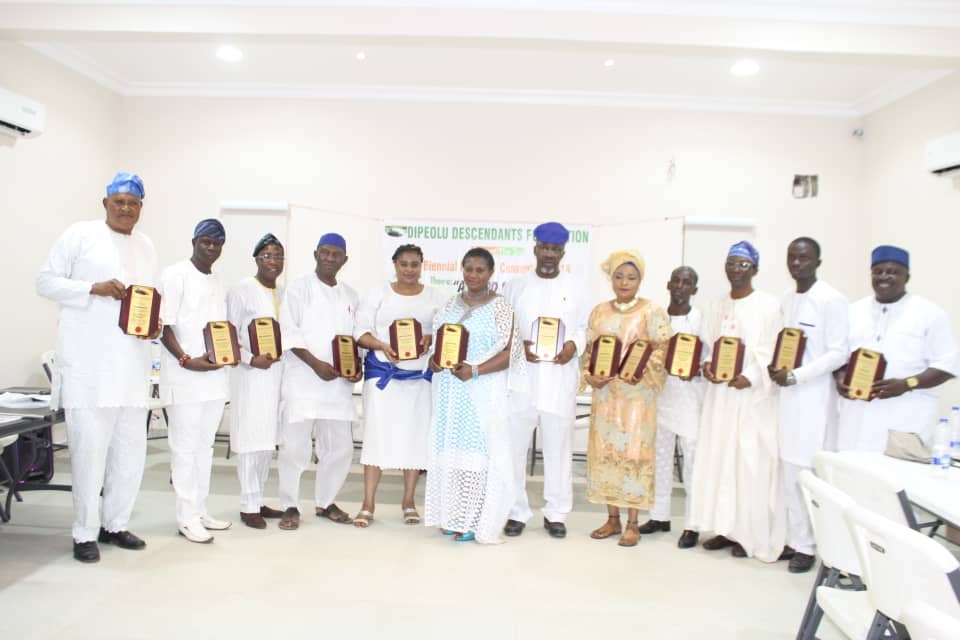 While receiving the honourable guests, the revered monarch appreciated the family for the visit while he gave them royal blessings as well as encouraging them to continue to imbibe and sustain the spirit of unity and collectivity that has kept the family as one.
Giving his address on behalf of the Dipeolu family of Egba, the outgoing PRO of the Dipeolu Descendants Foundation, Chief Olubunmi Dipeolu, expressed his appreciation for the royal reception, declaring that because Egbaland was created on mutual love, understanding and respect, the Dipeolu family would continue to aid the progress and development of the ancient land and the nation as a whole.

Parts of the activities at the biennial event were presentation of welfare materials to beneficiaries for the year, courtesy visit/homage to the Alake of Egbaland at his palace, family meetings and induction of new members, election and inauguration of DDF new BOT members and new management executives.

Also, there was the presentation of awards, gala night/end of the year family funfair party, and more.