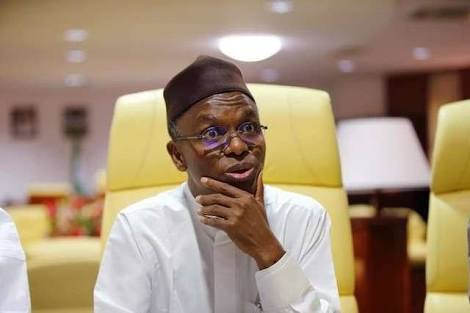 Governor Nasir El-Rufai has said the assessment of Mr. Bill Gate, the founder of Microsoft Corporation, about President Muhammadu Buhari’s Economic Policy is not correct.
Mr. Gates had faulted President Buhari’s Economic Recovery and Growth Plan (ERGP), stating the plan does not have the ability to address the unique needs of Nigerians at present.
He added that the execution priorities of the plan do not fully reflect people’s needs, instead, it prioritizes physical capital over human capital.

But the Kaduna state governor in an interview with the journalist at the statehouse after the session said it is not correct to say that the economic plan does not give primacy to human capital.
“It is not correct to say that the Economic Recovery and Growth Plan does not give primacy to human capital, it is not correct.
“The plan has enough provision for human capital, it is a Federal Government’s plan. What is needed is for states to have similar plans as well as adequate provisions for healthcare and education because the bulk of the burden for healthcare and education really rests on states government.
“The disease burden of the country is largely at the primary healthcare level and this primary healthcare system is broken completely. We need to rebuild it.
“The United Nations recommends that we should budget at least 26 percent of our total budget on education, many state governments are doing that or near that.
“Kaduna State has done averagely 35 percent in the last two years. The World Health Organisation recommends that we budget at least 16 percent of total budget on healthcare, some of our states are doing 12 and 16 percent and so on.
“Kaduna is doing 16.1 percent, we moved three percent in 2016 to 16 percent today. So, the states’ government are scaling up their investments in healthcare but we need to do more.
“This is the message of Gates and Dangote, we need to do much more at the sub-national level
“It is not the ERGP that needs adjustments, it is the budgeting that needs to be ramped up in these two key areas because these are where the problems are.
“If a child losses equality education, he is done for life. If a child doesn’t get quality healthcare in the first two years, he is destroyed for life. This is the message that we invest more at the lower level, so that we prevent this disaster from happening.”