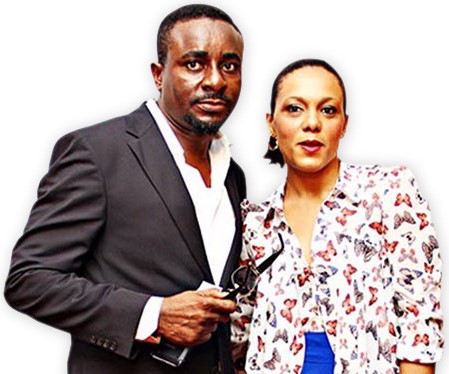 -Women Who End Their Marriages With Vulgarness Of Marital Blasphemy Are In Denial Of Truth…. By Her Knowledgeable Professor Alexia Thomas.

Her Knowledgeable Professor Alexia Thomas the Chairman of The Commonwealth Liberation Party (TCLP) in the UK, makes this Judgement as she Pronounces and Declared on the 17/03/2017 at 4.00pm in this Press Analytical Report of the Event Sagacity in a Triangular String between Emeka Ike, Emma Ike and Pastor Chris Okotie. Her words rains thunder on Chris Okotie in his Evil Genius Hybrid Conspiracy that robbed Emeka Ike of His marriage and failed attempted assassination on Emeka Ike’s Life.

Mr. Emeka Ike is the President of Actors Guild of Nigeria (AGN). A Man who believes in the Dignity of Labour.

The Thought Of A Man Lies In His Coherent Ability To Deduce Substance From Facts And Ethics Of Truth …. By Her Knowledgeable Professor Alexia Thomas.

No one climbs the ladder of success without failure but the persistence to build a pathway sliding the rough and ruin of a society covered by darkness to pull the Mantle of Authority tells you the man Emeka Ike is highly celebrated by his Peers who value his style of vision fusion and an Ambassadorial Brand, a name every Government wants to reckon with and as such it is dishonouring to speak vain words of a true Man, A Father, Motivational Speaker, Role Model And The Master Of Men In The Nollywood Industry.

Those who dare him are against the ordinance of fairness of Justice veritas as his acumen is known to all and sundry.Emeka Ike is an Iconic image, principled and firm Man whose ways of life has equally raised the bars for the Nigerian Youth internationally. A leader of opinion and the people’s idol. Very enviable, amiable, dogged, mugged and rugged personality. No wonder peers endorse and revere him.

In October of 2015, the matter of Emeka Ike came to my attention while in my office in the United Kingdom. The story read,‘Pastor Chris Okotie gave Emma Ike (Emeka Ike’s wife) Five Hundred Thousand Naira (N500,000.00)’, enforcing the woman estranged from her husband and in conversion to Pounds Sterling, the equivalent as at then was Two Thousand Pounds (£2,000.00), having realised my Monthly House Rent is Seven Thousand Five Hundred Pounds (£7,500.00), so it became obvious Pastor Chris Okotie’sirreprehensive behaviour is totally unacceptable. Who is Pastor Chris Okotie? And for purpose of this statement, I will address him as Mr. Chris Okotie.

Mr. Chris Okotie is an acclaimed Pastor whose Musical Career failed. Mr. Okotie is a False Preacher because his English is rather spoken to manipulate his Congregation to admire him in hypocritical foul play that makes him appear as Demi god to his followers. Mr. Okotie is aHome Breaker and for the first time, I say in Pronouncement and Declaration, his Church is worthy of a Collapse.

Emma Ike, Emeka’s estranged wife met him at 19years of age, in that Emeka Ike nurtured her to stardom, but facts emanating from the Couples’ individual accounts is evidential this Case is a matter of a Hybrid Conspiracy of Evil Genius in action and as a Behavioural Analyst, I present my Submission; Mr. Chris Okotie had broken Mr. Emeka Ike’s marriage because he is envious of the Man’s Popularity and being an Attention Seeker, he wanted the lady to himself and therefore played a conspiracy role to firstly lure her to breakout from her marriage in his lust delusional grandiosity, so he manipulated to destroy a Union of 16 years.

Mr. Chris Okotie audaciously sponsored Emma Ike to bring dis-reputation to Emeka Ike’s Integrity. ‘How dare Mr. Chris Okotie dares Emeka Ike’. Who is he? He is just an Insane Pastor without Virtues or Values. No genuine Pastor will encourage any woman to break their Home or even sponsor the Court Case. Emma Ike was trained in school, and nurtured by Emeka Ike. She found stardom because Emeka Ike had empathy to develop her but Chris Okotie whose marriage equally failed and had flirted with all ladies in his congregation played a destructive role, a derailed insanity that will see him locked up behind bars.

Injustice against one is Injustice against all. Emeka Ike never wanted Emma Ike to go because she was just like a daughter to him as he groomed her and brought the Elegant Woman of Fame in her, but Mr. Chris Okotiecame in to destroy the Fountain of Admiration because Emeka Ike was younger and vulnerable and Nigerian Citizens all suffer from disability of the mind, the reason no one saw that Emeka Ike was a Victim of a Conspiracy to rob him of his Reputation and Integrity. If not, Mr. Chris Okotie should have hide his shame and realise his profession is a Corporate Beggar who has continually enriched himself with Offerings and Tithes received from his Church congregation and has the audaciousness to compete with Emeka Ike who worked his Fame by Integrity and Perseverance in a profession that he gave all his life to attain success and stardom.

Mr. Chris Okotie in a Hell-Raiser Maldemerof Essentricism, his face does not foretell the purity of his heart, he is a Religion Con Preacher. Everybody can go their own way since,Emma Ike got her divorce not until after she unleashed hatred on her first son by throwing a bicycle Pedal to his chest and the little boy had 6broken Ribs removed from his chest in Asokoro Hospital in Abuja. Emma Ike has not acted with clear purpose as is obvious she is puppeteer by Mr. Chris Okotie. What is Chris Okotie’s involvement in Emeka Ike’s Marriage Affairs. Every pressure was exhumed to assassinate Emeka Ike, the Inspector General of Police office will receive a Full Case Dossier as Mr. Chris Okotie must face the gallows of Justice in an act to rob Emeka Ike of his life after breaking his marriage and making his 4 children Motherless.What has gone wrong with Humans? Mr. Chris Okotie is Mentally Unwell and Nigeria will not harbour diseased Pastors who preach false gospel that makes brainless women undermine their Homes for cheap gain of Vanities and Lust.

Emeka Ike is a man of Honour, Greatness, Substance and Impeccable Height. I,Her Knowledgeable Professor Alexia Thomas endorsed him, and say to the people of Nigeria, everything about his Marriage Saga and allegation of Wife Beateris all Framed up and are Lies because it was culminated in a Hybrid Conspiracy by Evil Genius in Action to rob the great personality of Emeka Ike’s integrity.

Mr. Emeka Ike is innocent and has done nothing wrong. The people of Nigeria are advised to leave him in Peace and the Media should stop every False Accusations. I am a Messenger of Truth and I see no fault in this man, an Illustrious Citizen of Nigeria.

‘Her Knowledgeable and Royal Mother’ Professor Alexia Thomas in International Circles is an Erudite Scholar, Genius, Acclaimed Freedom Fighter for the Commonwealth Nations, An Accomplished Author, Upholder of Rule of Law, An Encyclopaedia and Electrifying Law Reformist. In the History of Advocacy, She stands out as the most Passionate, Highly Celebrated-Cerebral and Foremost Single Individual whose Consistency, Beliefs, Doggedness and Intellectual Sagacity overturn the Suffering, Torture, Dehumanization and Deportation of Coloured and Black People from Great Britain.

As a leading Philosopher, whose stance on Equal Rights, Freedom of Expression, Association, in her endowed ‘Solomonic-Wisdom’ and inclination with Divinity she has unlocked the Code of knowledge. Many of her Apt, timely and profound Philosophies litters most Foreign Journals and referral to Colleges and Undergraduates in Europe, Asia, America and Across Africa.

PRO. T B JOSHUA HOSTED BY THE DEPUTY MAYOR OF JERUSALEM