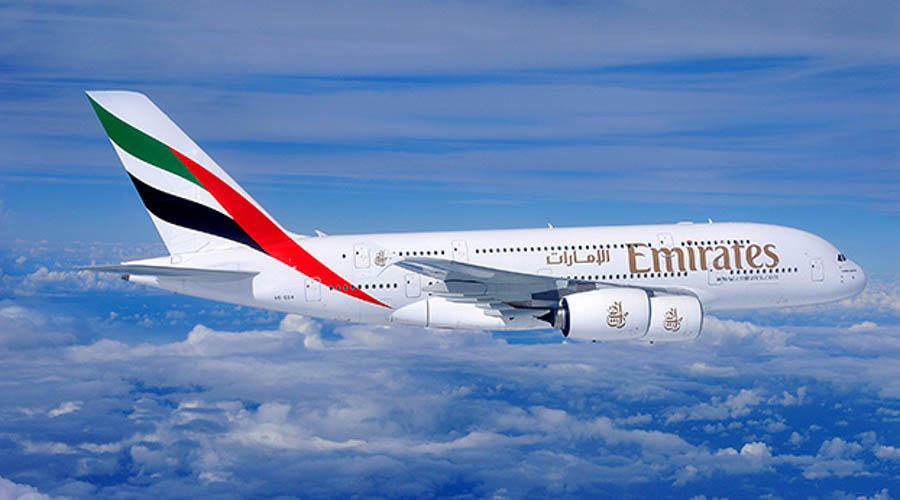 Emirates has launched a pan-African brand advertising campaign that celebrates the talent and achievements of young Africans, taking the message of ‘New Africa’ to the world. The campaign also features an original music video produced by Kenyan musician and DJ Blinky Bill, inspired by contemporary African electronic club music.

Paying tribute to a new generation of African disrupters who are making their mark globally across music, fashion, literature and the arts, the campaign celebrates the cultural renaissance taking over Africa. The short films produced by the BBC (British Broadcasting Corporation) for Emirates, tells the stories of unique individuals from different parts of the continent. Poised to become cultural ambassadors for Africa to the world, they share a common passion to bring their global exposure and influences to their own local journeys, as they discover what it means to be ‘home’.

“It is impossible to ignore the energy and talent coming out of Africa today, whether in music, fashion, sport or art. We’re seeing a greater awareness of a strong, proud African identity – while being very connected to a broad, global culture. We wanted to join the conversation and celebrate amazing, inspiring stories of people constantly pushing boundaries and challenging African stereotypes. To us, that is what travel is about, to find a common ground that helps us connect, to question, to be curious, and I believe this campaign does just that in taking Emirates closer to the heart of our audience in a way that is authentic,” said Boutros Boutros, Divisional Senior Vice President – Corporate Communications, Marketing and Brand, Emirates.

Richard Pattinson, Head of BBC StoryWorks said, “This new series taps into the deep creative strength of the BBC to deliver a campaign that will capture the attention of our extensive and premium audiences in a way that no other publisher can.”

The series gives us a closer look at the inspiring stories of pioneers who represent today’s Africa.

Nairobi-based “Blinky” Bill Sellanga – Kenyan musician, producer and DJ is the embodiment of a renaissance in African music. As part of the Kenyan art and music collective ‘Just A Band’; he has been redefining the modern African musical identity and has performed his music all over Africa, Europe and the rest of the world.

Shanelle Nyasiase is a 21-year-old South Sudanese model who was born in Ethiopia and raised in Kenya. She had dreamt of becoming cabin crew but her journey took her to international catwalks in Milan and New York instead, where she has worked with some of the biggest international fashion brands.

Abiola Oke left New York and a career on Wall Street to return to his hometown Lagos, Nigeria, as the CEO and Publisher of OkayAfrica – a digital media platform – at the age of 31. His business is dedicated to African music, film, culture and entertainment.

The campaign also features an original song with energy-filled music and inspiring lyrics that reflects the beats of contemporary African electronic club music. Produced by Blinky Bill, the song has popular sounds and rhythms that are currently dominating the radio, blasting out of taxicabs and on the dancefloors across the continent. Music is a unifying language not just across Africa, but around the world, and the song does away with cultural clichés, instead celebrating the vibrant energy of contemporary Africa.

Related Topics:coverstoryEmirates airline
Up Next