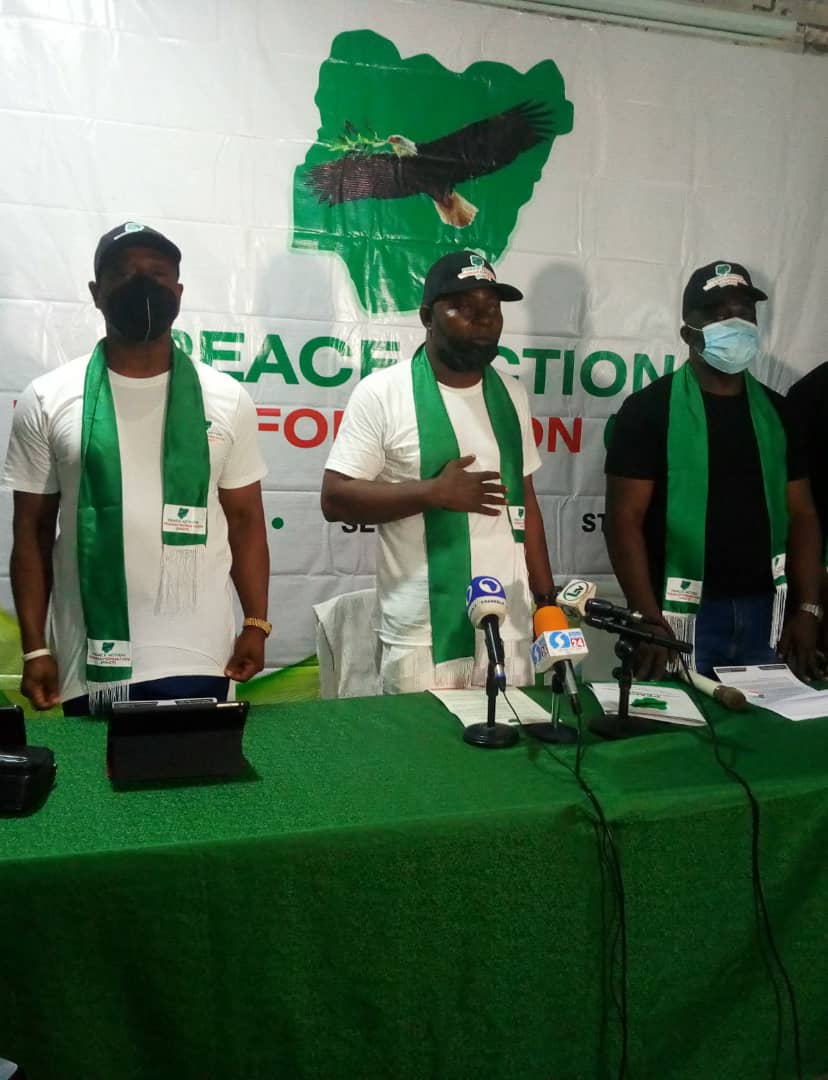 The National Coordinator, Peace Action Transformation (PACT), Oloye Adegboyega Adeniji says every Nigerian needs to be politically involved to save the country from its present situation.

Adeniji said this during the state of the nation press conference held in Lagos on Friday.

“Nigeria is in a critical state today and it is facing real, present and existential threats to her peace, prosperity and progress.

“Everywhere across the country, there are signs and manifestations of outright degeneration and decay.

“All physical, social and institutional structures and infrastructures have almost fully collapsed resulting in collective hopelessness and general loss of confidence both in the apparatus of the state and state itself.

According to him, `as at today in Nigeria, the people are not only completely distant from governance, they are utterly disconnected from government of the day: indeed, the people are beginning to see governance as a major part of the problem that is threatening their lives, living and livelihood.

“The entire citizenry appear to be mesmerized and overwhelmed by the magnitude of challenges they are facing right in their own country with seeming lack of care on the part of leadership from the center throughout the tiers to the fringes of the society, he stressed.

“There is no intention to bore you by repeating the obvious distressing and depressing situation in the country, some issues bothering on the core survival of the people and the sustenance of the country are worth mentioning.

“Food is a critical necessity for human survival and it’s unfortunate that governments at all levels only pay lip service to this essential sector of the economy.

He noted that apart from the major disruptions caused by insecurity, Nigerians can go hungry or starve to death, is the body language of all governments across the country.

“Health and medical services are completely no-go-areas in Nigeria as leaders and their families including the President and other top public functionaries are content to go abroad for medical attentions due to the complete collapse of medical facilities.

“In a similar manner, education is also comatose both academically and structurally. And it’s unfortunate how leaders in Nigeria shamelessly flaunt their graduating wards from foreign colleges and universities leaving the children of the masses to a harsh fate in the country, he added.

He further explained that with regard to labour and employment generation, there is nothing to write home about and the noise and rants about self-employment is a farce taken too far.

“With the massive disabling situation in the country where every citizen has become a government unto itself, the prospect of business start-ups has vanished from the horizon.

“Also with past lies about development, and the current lack of development blueprint, the hope of economic and industrial development is fast faded.

“Consequently, the populace has been turned to a cash cow where levies, taxes, fines and all kinds of unreasonable extortions are imposed on, and extracted from them.

“Commerce and trade are becoming moribund as businesses are folding up at an unprecedented rate. Inflation has also gone haywire and the financial sector has got out of control.

Adeniji noted that it was in the midst of the country’s economic quagmire that the borders were closed in the south of the country for no justifiable reason thereby compounding the pains and penury of the populace.

“While the masses are still trying to grapple with the increasing difficulty of daily life, tariffs on energy and power have kept skyrocketing beyond the reach and belief of the people.

“At the whims of the power operators, the cost of electricity has ridiculously gone overboard. Still, both services and efficiency have continued to plunge. The case of oil and gas is even much worse and pathetic.

“For about thirty years now, Nigeria has been struggling with fuel scarcity on a regular basis. A country that exports crude oil cannot refine its own petroleum products for these decades is an aggravated indictment on leadership across board in the country.

He added that there is no doubt that where government and political leadership is failing, the entire society must rally together to insist on the right thing.

“In this respect, the Nigerian elites must accept culpability for the mess the country has been going through since independence. The threat of fuel price increase early next year has better remained the joke that it looks like.

“Similarly, law and justice administration has become a shame unto itself as both justice and its temple are being continuously desecrated by the operators and the powers-that-be.

“Political and social relations have also been weaponized against the entire population as politics has been hijacked by the power brokers and cabals, and deployed for all other purposes other than the interest of our tried and tired people.

“In the same vein, the leadership in Nigeria have made religious and regional cohabitation difficult amongst the people who have now lethally turned upon one another with deadly hostility’’.

He stressed that the worst of all the crises facing Nigeria and its people today is general insecurity and social instability.

“The rate and dimension of lack of human and material safety in Nigeria today is not only unconscionable and unimaginable, it has become absolutely unacceptable.

“We can no longer continue to pride ourselves as members of the human community while we watch as our land becomes an expensive slaughtering house of human beings.

“Safety, security and stability are the foundational responsibility of governments at all tiers of the society and where these fail; we must not hesitate to call out the leadership concerned’’.

He noted that a situation where fellow citizens are butchered with inexplicable impunity while the whole world looks on with distant indifference is both scandalous and outrageous.

Rtd Major Henry Ayoola, PACT member said it is necessary to bring the populace together to enlighten and sensitize them.

Ayoola pointed out that it is a clarion call to the masses on the need to be educated and also believe on themselves and PACT will make them to wake up and have a sense of belonging.