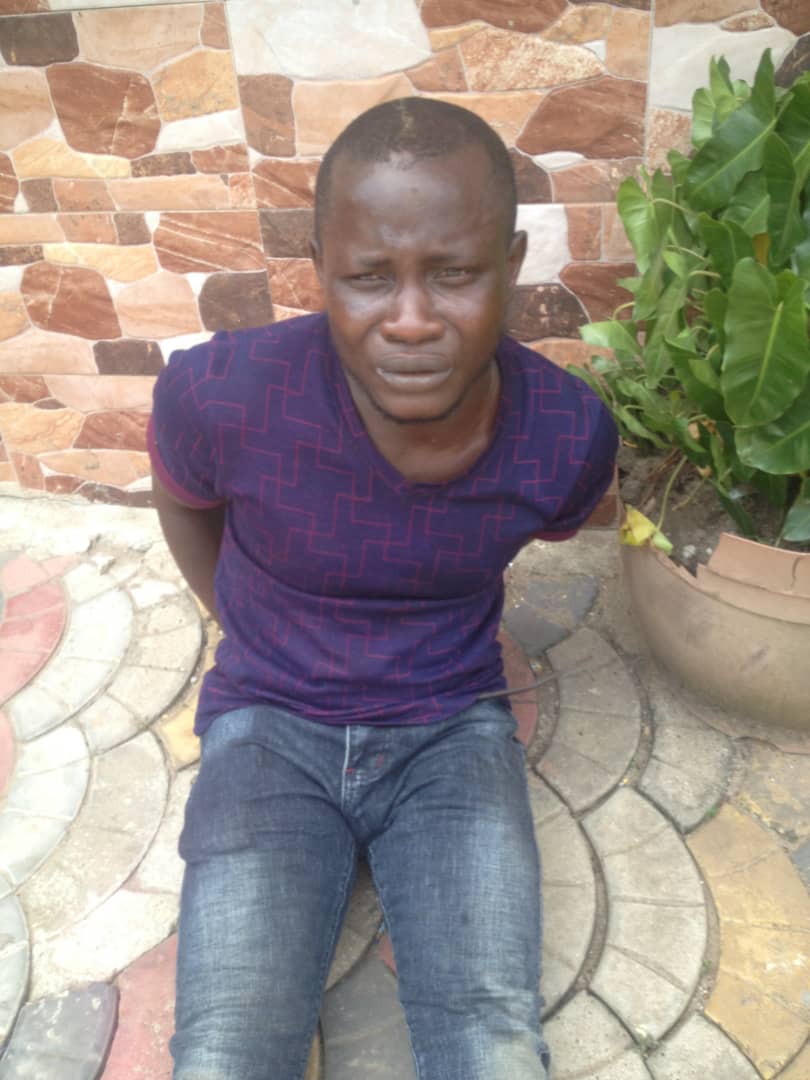 Following a recent video clips that went viral about a lady who run out of hotel in Ojo area of Lagos, remove her cloth and start bathing inside a dirty water channel, Lagos state detective has apprehended one Abdusalami Wasiu, alleged notorious Internet black mailer and armed robber.
.
The alleged suspect, who was also said to have been arrested in  2018,by SARS Operatives for Armed Robbery and possession of firearms, was then prosecuted, jailed same year but released from prison in an certain circumstances.
Known as ‘Spartacus’,has been on the run since he attempted but failed to extort and blackmail a popular Resort,

The New Planet Resorts, located at Aka Road , Ajangbadi,Ojo,Lagos. The suspect was alleged to have plotted, recorded and posted a false video of an unknown lady found in a dirty water channel , at church bus stop, Ajangbadi, which he manipulated to indicate and deceive the public that the incident happened at New planet Resorts premises.
Sahara weekly gathered from reliable police source that the suspect intention was to discredit the Resorts for an earlier refusal by the Management ,to allow him run an illegal toll collection point in front of the Resorts Main Entrance.

It was learnt that the man hunt for suspect, which lasted about two weeks,ended last Saturday, April 27th,2019,when credible information was said to have been received by Operatives from ilemba Hausa, police Division, that the suspect was sighted at a black spot in Ojo.
The DPO,SP kazeem Abonde, was said to have promptly despatched armed police men, who swooped on his hide out and bursted him out. After his arrest, eye witnesses reported that the suspect broke down in tears,begging the public for forgiveness over all crimes he confessed he had committed.
While pleading for mercy,he was said to have confessed to be responsible for the recording and internet posting of the false video clips to discredit the New planet Resorts.
Claiming that it was the devil that pushed him to crime,the Ogbomosho, Oyo state born suspect, appealed to the management of the Resorts to forgive him.
It would be recalled that in an earlier reaction in an interview with our reporter, the New planet Resorts management denied the entire content of the false video clips, warning perpetrators to desist from such false hood and campaign of colunmy. He would soon charged to court .

All Is set for Alaka Children’s Day

Bisi Fayemi to Make a Special Reading, As Ekiti Youths Walk For Book