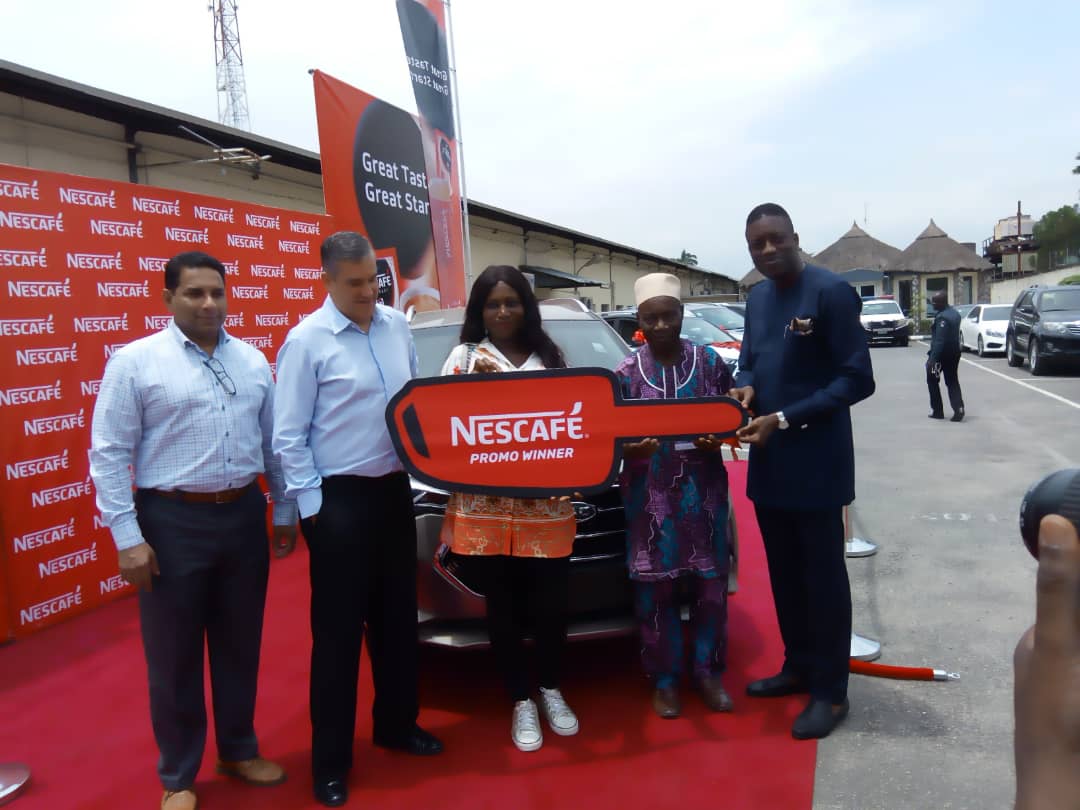 As part of giving back to the consumers , Nescafé, during the months of August/ September this year, has given out much more in every cup of Nescafé! With the bigger, better, bolder “Nescafe Get Started Promo II” campaign

Consumers buy a pouch of Nescafe 3in1 (10 sachet pouch) and instantly get a free sachet plus a scratch card, which qualifies them for a chance to win amazing prizes; Including the Grand prize of one of 3 Brand New JAC S3 SUVs Cars, as well as loads of amazing cash prizes and airtime.

The reward by the NESCAFE is part of its societal social and corporate responsibility to the society it operates.

The family that win the prize Mr Usman Danladi, who was highly excited for winning the car said actually when they purchase the Nescafe product in a supermarket there is a promo card which I gave to my daughter who eventually open it and find a code which she send a text message shortly she received a reply that they have won a car in the promo.

The car was eventually delivered to them by management of the company. “we are happy and the entire family appreciate the gesture from Nescafe “.he said.

“Why Ultrabest Dance School is the best in Nigeria”- Juliet Ugwoeje