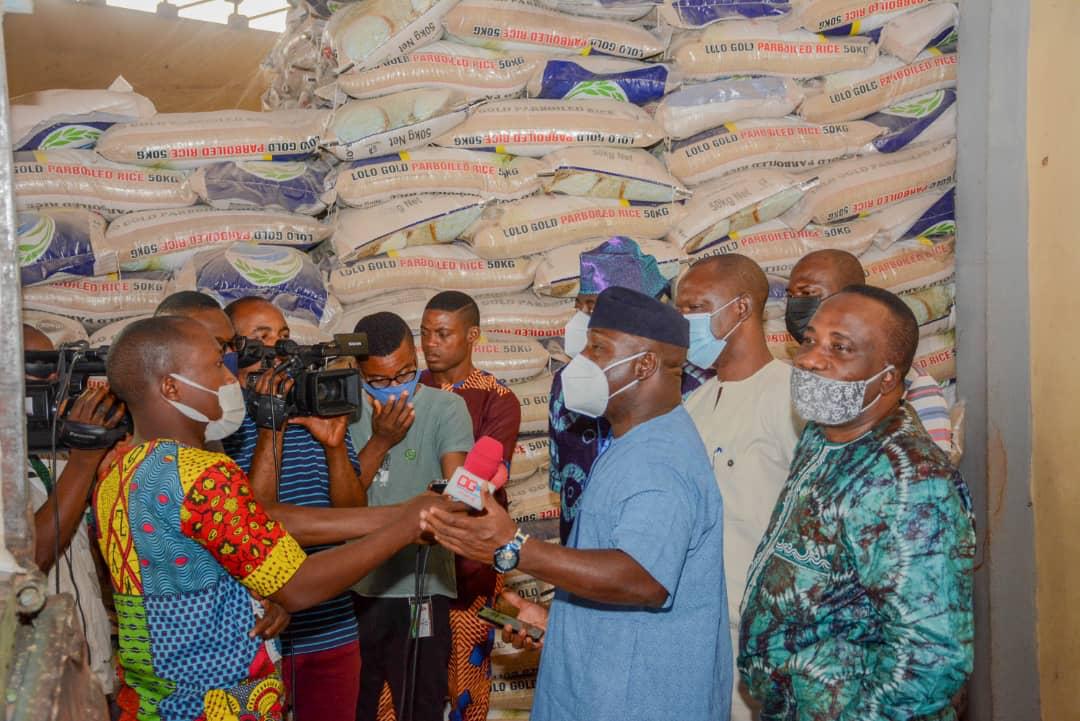 Barely twenty-four hours after the Ogun State Governor, Prince Dapo Abiodun announced that his administration would provide palliatives to the victims of the recent conflict between herders and farmers in the Ogun West Senatorial District of the state, the state government has made bold its promise by delivering the first batch of foodstuffs for the affected victims in the area.

The Chairman, Subcommittee on palliatives who is also the Commissioner for Budget and Planning, Hon. Olaolu Olabimtan, disclosed that the Committee was in the area to deliver the palliative as promised by the governor, adding that the gesture was a sign of better things to come.

Olabimtan who also noted that a lot would still be done to bring succor to people in the area in terms of more palliatives added that the committee would also look at ascertaining the cost of things that have been lost in the conflict, as well as the value, as the government was taking a holistic approach at making the people comfortable.

” The Governor did make a promise that relief materials by way of food items and palliatives will be given to the people affected by the conflict and here we are on behalf of the Governor to deliver the first consignment of these relief materials. of cause you can be sure that it is a sign of better things to come as I said, this is the first consignment, a lot more will still becoming.

” Also, there will be the issue of ascertaining the cost, what has been lost and how much is the value of what we have been lost, with a view of giving further relief, because what has been lost is not the only source of livelihood, people have lost their homes and businesses,” he said.

In his remarks, the Transition Committee Chairman, Yewa North Local Government, Bankole Babatunde David while appreciating the State Governor for fulfilling the promise he made barely twenty-four hours ago, promised that the palliatives will get to both the farmers and herders who suffered loss during the clash me.

Related Topics:ogun state
Up Next

OGPWA EMBARKS ON MASSIVE REPAIRS OF ROAD NETWORK ACROSS THE STATE