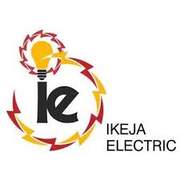 Nigeria distribution companies have been struggling for a while with
profitability and have resorted to fraud in other to shove up their
earning capabilities.

Ikeja distribution has been fingered in this scheme as Residents in
Magodo cried out on the sudden increase of tariff from 22-50 without
any government regulation or prior agreement by individual residence.

A resident of the estate Mr Ikpehare, interviewed of phone said”I went
to recharge my card as usual on Sunday for 5,000 Naira and I found out
the units I received was less than half of what I used to have,I
inquired and I was told IKEDC promised us 24hours light hence they
need to double tarrif to make this possible.What nonsense,if they
can’t provide the services the government asked them to provide they
better sell off to someone else.I have provided alternative power for
my home and don’t need them to provide 24 hours for me.

Speaking to another residence Mr Kunle,he also said he heard that
IKEDC proposed something to the resident association, and he quickly
went to recharge and found out that of a truth the price has been
doubled.How will an association agree for my individual utility
usage?,are they local government ,federal or State government for them
to make a decision that concerns individual utility?,who gave them
such powers they arrogate to themselves, just because they are an
association?Why will they just step on people’s human rights?

Every user of  IKEDC signed an agreement with IKEDC to supply them
power individually not collectively.

This is fraud and nothing more.If they can supply light for 24hours
let them do,which is what government privatized the industry for,but
if they can’t they should tell the Government and sell off rather that
increase the hardship of people in a country where things are already
tough.

Anybody rich enough can get alternative energy to power his or her
house for 24 hours and not deny poor people light in their area just
to supply light to other areas for 24 hours,this is oppression and
corruption in another form and should not be tolerated.

We call on the Federal Government to look at this new fraud scheme and
strategies adopted by the IKEJA distribution (asking estates
association to sign on behalf of individuals going against their
rights) and call them to order.

The representative from Ikedc Mr Felix Ofulue, refuted the fraud
allegations,”we made consultations with Magodo residence association
and an agreement was reached before the price change increments where
made.We are currently supplying  24hours light to the estate in the
last 1 week without fail Nothing fraudulent about this.We intend to
roll out more estates on this new premium plan he said”