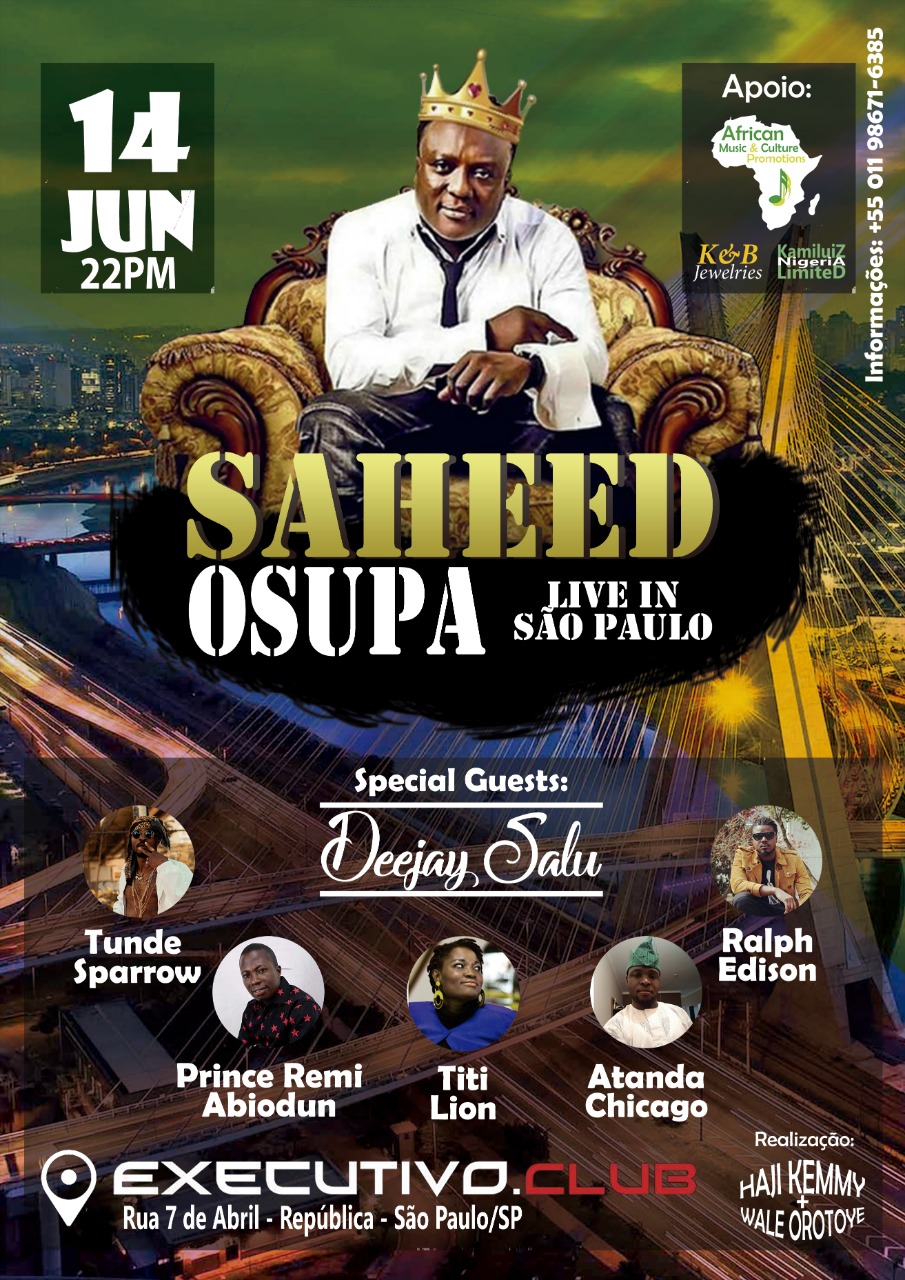 Today, Fuji Music has become acceptable worldwide . These fuji stars are doing well , this is evident in their comfortable lifestyles.

King Saheed Akorede Babatunde Ayinla Okunola popularly called Osupa is one of the megastars of Fuji music in Nigeria, and he’s been regarded as the pillar  behind good Fuji music , same as  late Sikiru Ayinde Barrister’s legacy.

Saheed Osupa’s  kind of Fuji style  is well accepted by Fuji fans all over the world  because of  the messages conveyed in his songs. And come June the philosophic musician will be jetting out of the country to South America, Brazil on a musical tour. The Ibadan born star will perform in different states in Brazil, they include , Sao Paulo, Suzano, Santa Catarina just to mention a few states that he’s billed to   entertain Nigerians, Africans and Brazilians with his philosophical music.

This show is being packaged by a top promotional company in Brazil, Africa Music and Culture promotions with subsidiary of K& B Jewelries and Kamiluiz Nigeria Limited.

Osupa who will return to Nigeria after two weeks will proceed on the phase two of his tour by July and November  in Dubai, London and Canada respectively.

While he will also visit the annual Hajji (Mecca) by August, indeed its   going to be a busy year for him.

Also, Saheed Osupa annual Ramadan lecture will hold on the 23rd Thursday, of May at Lagos State Television (LTV), Alausa Ikeja, Lagos by 12pm. The Ramadan lecture which is expected to be graced by thousands of his fans all over the country while lecture will be lead by popular Islamic cleric, Fadeelat Sheikh Uthman Sannu Sheu.

Related Topics:. ShowbizcoverstoryENTERTAINMENTsaheed osupa
Up Next