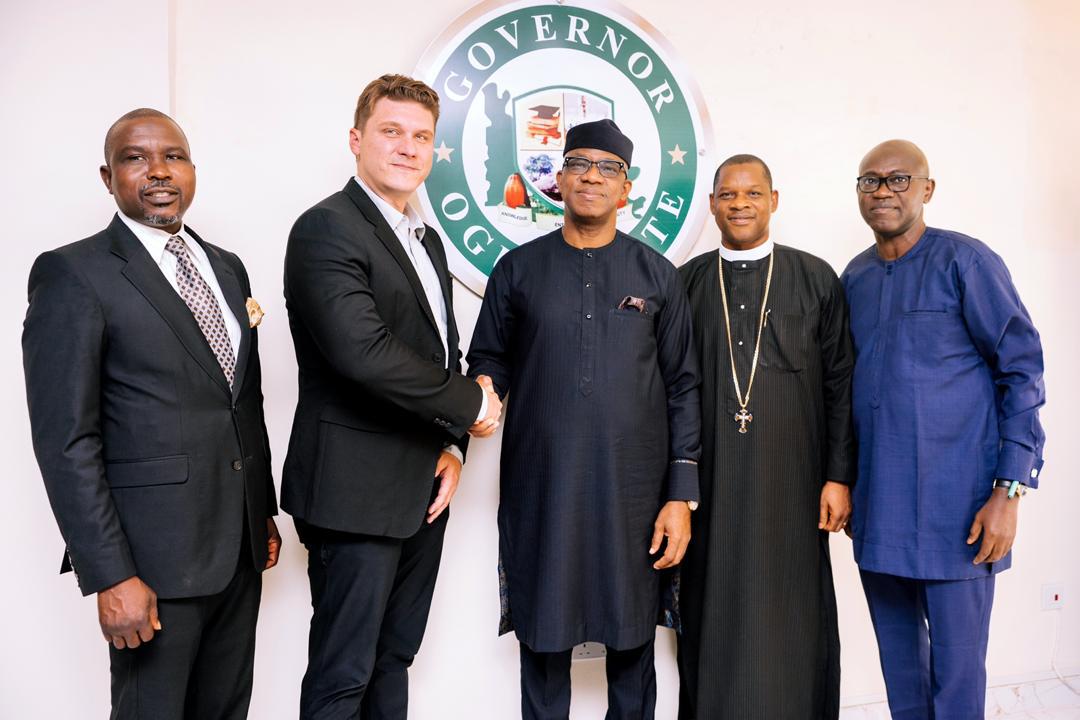 The Ogun State Governor, Prince Dapo Abiodun has disclosed that he went into the governorship race because he had absolute faith in God that he had an ordained path for his success.

The Governor, who disclosed this in his office in Oke-Mosan while playing host to members of the Christ For All Nations(CFAN) who are in the state for a 4-day crusade, said that he considers himself as a miracle – God’s latest miracle – adding that with faith in God, all things are possible.

Abiodun noted that the crusade was coming at a time when the State needs lot of prayers, saying that his administration is a young one that needs prayers.

“For me, when I went into this race, all I had was God. I had my absolute faith in him. I felt it was a God-ordained path. I always describe my path as a mountain-moving faith. I think that my election was one of the turbulent ones in the history of this country,” he said.

“I believe that you’ve come at a point in time where our State needs a lot of prayers. Our administration is a young administration. We need a lot of prayers. As a Governor, I consider myself a miracle – God’s latest miracle. I say that I am the latest testimony to the fact that God will remain God. With one’s faith in God, everything is possible,” he said.

The helmsman added that he believes there would be healing and miracles through the crusade, adding that such an assemblage of people at the crusade, calling on God through praise and worship, will open the window of answers for those seeking his face.

Earlier in his remarks, the Evangelist of Christ For All Nations (CFAN), Evangelist Daniel Kolenda disclosed that God would do new things at the venue and that history would be made not just in the short term, but also for future generations.

He added that they had invested a lot of their lives in the country, adding that they love Nigeria as a home.

“We believe God is going to do something this week that is going to make history, not just in the short term, but for generations. I have been here many times, probably close to a hundred times. We love this nation. We’ve invested many years of our lives in Nigeria,” he said.