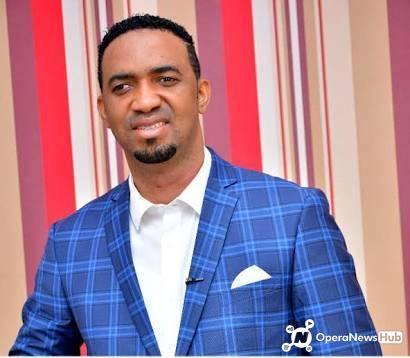 He is vocal and knows his calling. Young and vibrant Pastor of Grace Nation, aka Liberation City, Pastor Chris OKafor, has made another controversial statement.

The handsome preacher who was accused of staging miracles with different actors of recent has said, God has told him that He has made him the watchman over NIgeria.

Pastor Chris said, “God has made me a watchman over this nation. That is why if the government wants to succeed in Nigeria, they must listen to what GOd is saying. Like America’s motto, ‘In God we trust’.”

Pastor Chris who once said God has given him a mandate of one billion souls said, he is now a watchman because he is not only about himself but about others. “I am concerned about others; because whatever we do is no concern to ourselves. I think about other people. I think about that man who has nowhere to sleep, I think about that widow who is being oppressed, we think about the orphans. I decided to take up this challenge because there is no way you carry other people’s load that God would not carry your own, because you are already a tool in His hands.”

“The Bible says that those that wait upon the LOrd shall renew their strength and they shall mount up the wings like that of an eagle and that unless the Lord builds a city, those that build laboureth in vain. Except the Lord watches over the city, the sentry (watchman) does so in vain.”

Pastor Chris said, anytime a nation wants to succeed, it puts a God-fearing man at the helm of affairs of the government. Adding that, “Whatever I am giving, I am not giving because I want people to hear about us. No. I am giving because God has spoken and God revealed that in order to redeem; after God speaks, we have nothing to do other than to speak and whatever we speak is not in our character or duty to avert.”

“We can avert the one we can avert, if the appropriate authorities do what they ought to do. We can’t go there and do it by force. He said we have talked about plane crashes that happened; and every other thing that happened, both the fire incident and others. So, if the person God is speaking about refuses to do it, then it is left for him to decide but God has made me the watchman over this nation, nigeria.” He declared