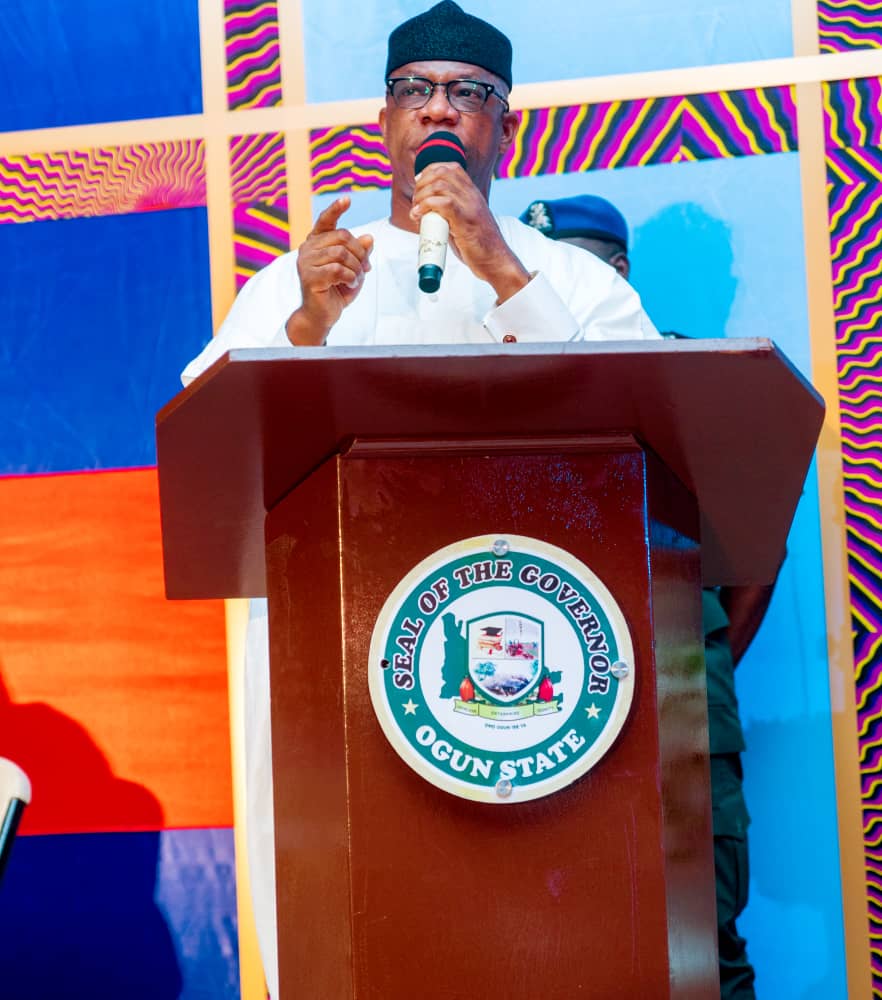 The Ogun State governor, Prince Dapo Abiodun is surprised at the spin given to the essence of the Monday meeting of the leadership of the All Progressive Congress in Abeokuta.

Rather than focus on the developmental issues discussed, attention has been focussed on the good gesture of the Governor to secure loan to pay the May salaries of the workforce.

The government chooses to be forward-looking and not be distracted, and I would like to state that the meeting was called to harmonise the positions of the Government with that of the party on how to move the State forward and ensure that the dividends of democracy percolate to the grassroots level. To this end, I issue this statement on what transpired at the closed door meeting:

The common agenda is operationalization of the Governor’s project of joint prosperity of all in the Gateway State and buy-in of the leadership of the Party as critical stakeholders in the scheme of things is of essence.

At the meeting Gov. Abiodun unfolded how he would rehabilitate primary health care centres in each of the 236 wards of the state, using local manpower.

He explained that he would rehabilitate 236 primary schools, one in each of every ward in the state, and set up a job portal for his administration to have accurate statistics of skilled and unskilled labour in the state.

Prince Dapo Abiodun who lauded the spirit of magnanimity displayed since the party won the March 9 Governorship Election assured party members that all his developmental programmes as enshrined in the Party Manifestoes are on course.

He said he has emplaced a portal to register, on a continuous basis, unemployed youths in the State with a view to providing them jobs suitable for their trade and academic qualification.

“We shall be public-private sector oriented in our governance model; adding that “we are going to have an inclusive government that will utilise valuable potentails that abound in the State, irrespective of party affiliations.”

“All graduates and those with vocational training across the State will give their information and we will endeavour to match them with potential employers, not only within the civil service but also with the private sector, with whom we are partnering”, he stated.

To ensure that the citizens and residents of the states are not short-changed “we will send a local content bill for legislative action, such that investors will first look inward to availability of workers in Ogun State and make our youths their primary catchment area when they site their companies here”.

The Governor said in his determination to develop and address the glaring infrastructural deficit in Ogun state, rehabilitation of roads will be on the front burner in order for people to transport their goods and services unhindered by unmotorable roads.
“We have enumerated the roads and mapped them but we need your insight and buy-in on the roads most important roads to our people. So, help us list your first three roads in each local government and in the order of preference so that work can begin in earnest”, he added.

Gov, Abiodun assured that these road rehabilitation projects would be partly handled by contractors in their local community to supply manpower and other sundry materials that would be used by the supervising public works department.
“That remains the sure path to harnessing the state’s potentials and improving the socio-economic fortunes of the people and the State at large,” contended the Governor.

The consultative meeting which held behind closed doors further agreed on the operationalization of the Governor’s food security agenda in which he promised to engage 10,000 farmers to be supported for mechanised farming with attendant value chain benefits to make agribusiness bedrock of his administration’s plan to lift people out of poverty.

The meeting was attended by the leadership of the All Progressives Congress (APC) in the state, including former Deputy Governors, serving and past National Assembly members, former Ministers and Members of Boards of State and Federal Parastatals within the party.
Also at the meeting presided over by the interim chairman of the APC in the State, Chief Yemi Sanusi, were past and current State Assembly members and past and current Chiefs of staff to past and present Governors as well as those who served as Special Advisers and Senior Special Assistants.