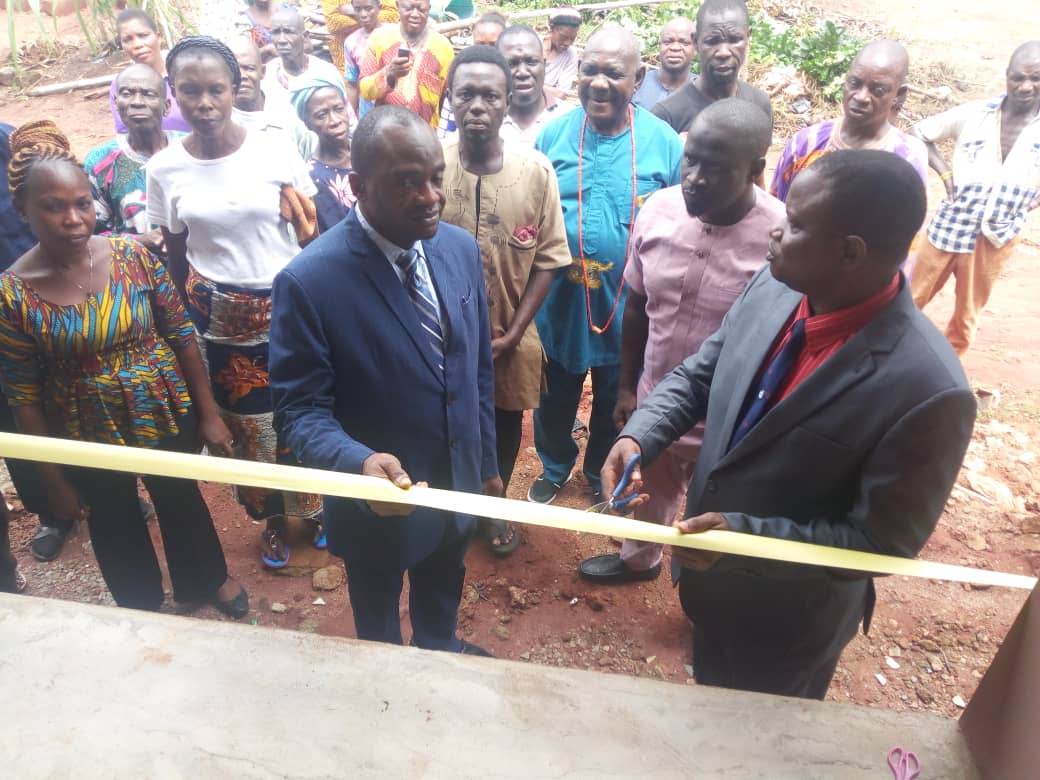 Group under the aegis of Edo community E.V. Kassel based in Germany has donated a housing block of 4unit 8 rooms fittings with toilet and kitchen worth over 8millions Naira to Ossiomo specialist hospital in Ogan village, Orhionmwon local government area, Edo State.

The donation is coming amid the current economic hardship and high cost of living in the country.

Presenting the 4unit block to the hospital management and the Hon. commissioner for health Edo state, Dr. David Osifo in companied of the permanent secretary ministry of health for commissioning on behalf of the Mr Lando Treasure Eguavoen, president Edo Community Kassel Comrade Osayamen Samson member, gave the reason for the donation, as one that is very timely after a carefully observation of some of the buildings in the hospital the last time they visited that the group thought it wise to put smiles on the faces of the patients by fixing some of the buildings and helping them in the area of need which is part of their social responsibility.

The Germany based community comprising of Edo indigenes residing in Kassel Germany founded in 2002 with the aim to congregate, socialize, and alleviate people suffering and also give back to their motherland.

Speaking immediately after the commissioning of the housing block the honorable commissioner for health, Dr. David Osifo commended the group and thanked them for embarking on such gigantic project at this point in time were the country is facing serious challenges.

Dr. David Osifo used the medium to appeal to other well meaning Nigerians both home and abroad to emulate Edo Community Ev Kassel Germany. “like I said the government can’t do it all a low am using this people as a point of contact to others”.

Also speaking the Chief Medical director of the hospital Dr. Igbinigie Osaigie, thank Edo Community Kassel Germany for the gesture for everything they have done for the hospital over the years and commend them for their love and care towards the community and pray God to reward them immensely.

On his part, the project executor architect, Aro Asayimwen displayed some photos showing how the building was before and now and appreciate the group led by Mr Lando Eguavoen and Henry Iheukwumere as secretary for their laudable effort.

It will be recall that the Edo Community Kassel Ev Germany visited the leprosy inmates home in November 2018 with gift items worth millions of Naira and promised to rebuild some of the dilapidated buildings that have manifested today.