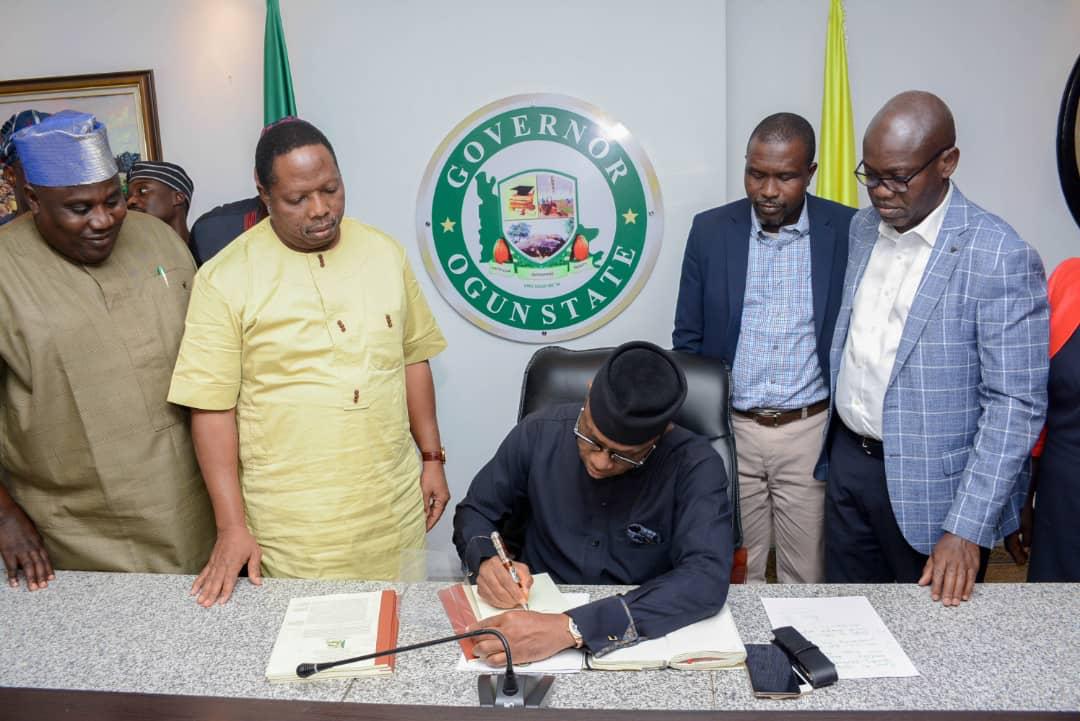 The bill took 24 days to pass by the Assembly and 27 day to get the Governor’s assent.

The 2020 budget proposal was N449.97bn. The Assembly retained the budget size with an adjustment to the capital expenditure leading to an increment of N2.1bn for capital projects.

The realignment moved the capital estimate from N269, 132,349,884.46 to N271, 232,349,884.46.
Prince Dapo Abiodun while assenting to the Bill assured the people of the state that his administration would be measured by the performance of the budget hence the implementation of the year 2020 budget was sacrosanct.

“On the part of the executive, we affirm that our appreciation will be further underscored by the implementation of this budget. I believe that is indeed how we can demonstrate the appreciation of this speedy passage to the House of Assembly and to the rest of the citizens of this state by extension.

“We will ensure that this budget is implemented to the letter, we will do everything to ensure that all the assumptions that have been made, particularly in the areas of revenue generation becomes a reality and we will follow through on our vision,” he said.

The Governor commended the State House of Assembly for showing good character in the discharge of their duties, noting that he had had reservation about the House passing the Appropriation Bill in record time.

Earlier in his remarks, the Speaker, Ogun State House of Assembly, Hon Olakunle Oluomo said the House was pleased to work on the same wave-length with the State Executive arm in order to serve the peple better.

“It was done in the belief of the House that the Executive Arm would do justice to the budget and also follow it in details in a way that it will bring dividends of democracy to the people”, the Speaker added.

The governor aside signing the year 2020 budget, also signed the bill on the establishment of the Sport Commission and the Trust Fund Bills earlier passed by the Assembly.

The passed bill was titled: HB. No. 032/OG/2019-Year 2020 Appropriation Law, followed the presentation of the report of the House Committee on Finance and Appropriation, led by Hon. Olakunle Sobukanla, who thereafter moved the motion for its adoption. It was seconded by Sylvester Abiodun and unanimously supported by all the lawmakers through a voice vote.

SEE HOW TB JOSHUA PROPHESIED THE IRAN ATTACK CRISIS IN 2011