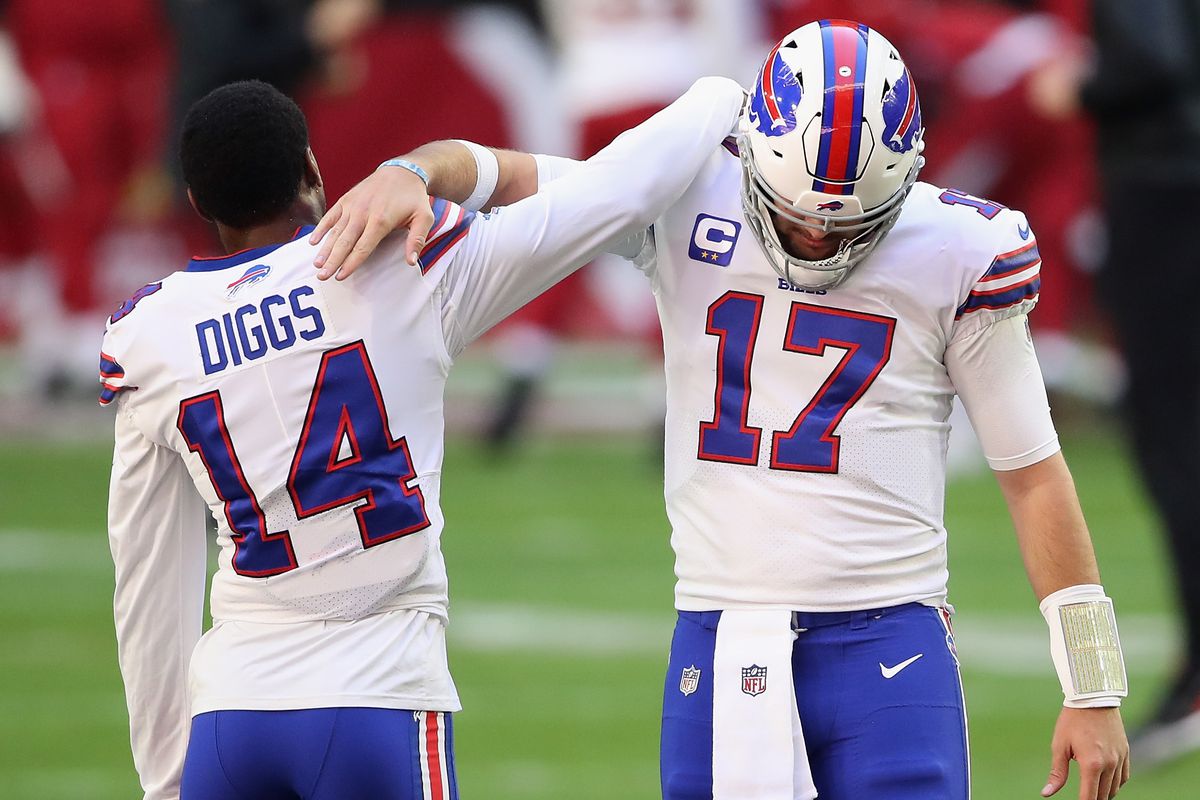 How Cole Beasley, Josh Allen lead Buffalo Bills to rare victory -The Buffalo Bills entered their Week 13 game against the San Francisco 49ers  winless in their previous seven games on Monday Night football since the turn of the century. The Bills snapped their winless streak with a 34-17 win Monday over the 49ers behind a career night from wide receiver Cole Beasley , who set a career high with 130 yards, 113 of which came in the first half. Buffalo also got a near-perfect effort from quarterback Josh Allen , who completed 32 of 40 passes for 375 yards and four touchdowns as the Bills played their most complete game of the season.

“Yeah, yeah, it was [our most complete game]. I’m always looking for more, and I love the fact that our players are as well,” head coach Sean McDermott said. “So we’ll go back to the drawing board this week, but I thought the takeaway by Tre White was key down the stretch, and the answer when they scored down the stretch — all complementary football, right there.” Allen set a franchise record for completions through 12 games, passing Drew Bledsoe. Monday marked his third game this season with four touchdown passes, tying Jim Kelly for the most in a season in team history.

Although most of his success this season has come against man coverage, Allen set a career high with 284 passing yards against zone coverage Monday, completing 92% of his passes with two touchdowns. “I got into a zone today. When it’s spinning off your hand and you know what the ball’s doing, what the tail’s doing, that’s kind of what I felt today,” Allen said. “I understood where my guys were. Coach Daboll called a great game plan, our guys did a great job of executing, and yeah, in a dome type of setting with no wind and no cold, you know, when the ball’s spinning off your hands, you feel like you have supreme control, and that’s kind of what I felt tonight.”

Allen’s confidence spread to his receivers, particularly Beasley, who racked up 113 receiving yards in the first half.

“It just gives you the confidence to go out there and win. You know he’s going to find you,” Beasley said of Allen’s performance. “I was a little disappointed in my play last week. I was excited for another chance to play better for my teammates. Any time you’ve got a guy like that throwing to you, you never want to lose a route or let him down because you know he’s looking for you, and he’s going to get it there.”

The Bills built a 10-point halftime lead but had struggled to a minus-47 point differential in the third quarter entering Monday. They matched the 49ers point for point this time, however, before doing the same in the fourth quarter.

McDermott said the Bills’ electric first half, in which they outgained the 49ers 277-122 and picked up 20 first downs to San Francisco’s nine, energized the team and inspired them to not let the same third-quarter lull occur.

“I just think the players have a good level of awareness for it,” he said. “They were fired up in the locker room at halftime to go back out there and put their stamp on this game.”

The win keeps the Bills in the driver’s seat of the AFC East, with a one-game lead over the Dolphins with four games remaining. They’ll remain in the league’s limelight next week, when they host the 11-1 Steelers on Sunday night.

Anthony Joshua’s Victory Over Pulev, is he ready for Tyson Fury?