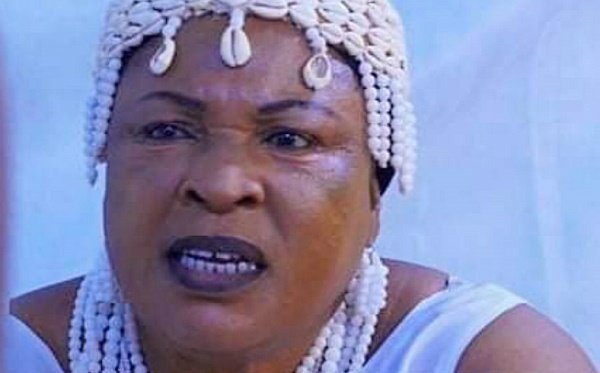 The Kwara born thespian’s death comes barely three  months after the death of her ex-husband Jimoh Aliu, better known as Aworo, who died on September 17, 2020.

They were married for 36 years.

Bolaji Amusan, the president of the Theatre Arts And Motion Pictures Practitioners Association of Nigeria (TAMPAN), confirmed the tragic news.

Although he said the cause of her death is not yet known, the president noted she had started coughing days ago.

“I just reached out to Ibadan now. I can confirm that she’s dead. The cause of her death is yet to be determined. What we know is that she started coughing three days ago. Now, she’s dead,” Amusan said.

Born in 1960, in Ilu Ola, Kwara state, Orisabunmi was discovered by Jimoh Aliu, her late ex-husband in the 80s. After she visited him on set, Orisabunmi would later decide to try a role in a movie he was producing.

She soon began her career appearing in movies produced by her husband and first appeared in a stage play called ‘Ori Ma Binu’. It was her role as Orisabunmi in ‘Arelu’ that made her a popular name in Nollywood in the 1980s.

Orisabunmi is also known for her role in movies including ‘Agbaarin’ and the soap opera titled ‘Yanponyanrin’.