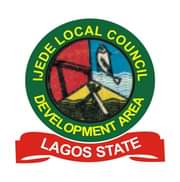 Ijede LCDA; The Rants Of A Drowning Noisemaking Machine…
You can fool some of the people all of the time, and all of the people some of the time, but you can not fool all of the people all of the time.
~ Abraham Lincoln
It is pathetic reading the balderdash concocted by a faceless group that tagged themselves as the Ijede LCDA Media.
Sincerely, the APC as a strong political party needs to stop the promotion of some of these nuisances in power. Why would any sane person that should be hiding his face in shame be bold enough to be deceiving some of his gullible supporters that all is well when in actual sense, everything is upside down.
As God lives, everybody that’s involved in the attack that took place at The Western Funeral Home will not go unpunished. The blood of the late Tony Etunmuse Godfrey will not allow them to rest. The sponsors and those directly involved will be exposed and ridiculed completely (Amen).
A frustrated noisemaking machine is a drowning man? Attacking Hon. Onamade for cheap sympathy and recognition is too petty. Is he saying his self orchestrated crises are induced by Hon? Onamade? Is he saying that some of the boys caught that mentioned his name are being sponsored by Hon? Onamade? Can he in all honesty explain to the whole world his roles concerning all that happened at the Western Funeral Home that led to the death of one of the staff of Hon Onamade? He can only deceive some of his followers with his lies as the expiry dates attached to those lies will be exposed soon.
Reading some of the thrash posted by this faceless Ijede Media Team, are they in the know of another petition written by concerned leaders of the APC in Ijede LCDA and sent to all stakeholders of the party concerning the excesses of the Chairman? Is Hon. Onamade behind this too?
Well, everybody knows the brains and sponsors of most of these cultists in town. Without making too much noise and defending most of the trash shared by the lapdogs with tag, Ijede Media Team, we leave everybody to his or her conscience.
We Move!!!
~ #Constituency2Eyes…

Related Topics:FeaturedIjede LCDA
Up Next