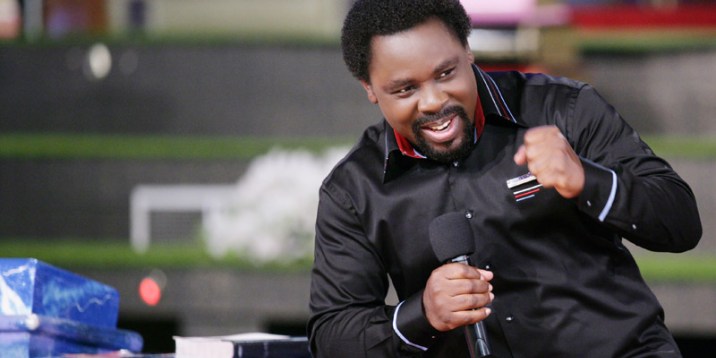 The Indian Ambassador to South Sudan, S.D. Moorthy, has donated to an orphanage school in Juba, South Sudan named in honour of Nigerian Pastor, T.B. Joshua.

According to a report in Juba Monitor, Moorthy provided scholastic materials and foodstuff to help over 300 orphaned children at TB Joshua Primary Orphanage School in Juba, the South Sudanese capital city.

“It is time for you to embark on learning and studying for your bright future because peace is going to be restored in this country,” Moorthy told the budding students.

“Respect your teachers and guardians, so that God will help you and the Indian community in South Sudan would continue to help you,” he advised as gifts such as text books, mosquito nets and bags of maize flour were provided.

“India as a country is ready to help this learning centre by constructing accommodation and classrooms because South Sudanese children are bright in class and need better services in order for them to learn well,” he equally asserted.

The Executive Director of the Legacy for African Women and Children Initiative, Rose Acindhel Kacthiek, appreciated the embassy for the donation, describing it as “love without borders”.

“We are really appreciating the Embassy of India for their support and hope this continues so that God will bless these children and the embassy because we are doing this for the bright future of our children,” she said.

“We are very thankful to Ambassador Moorthy for the support and he will not be forgotten by these children because he brought us very important things,” said Majok.

Although there is no evidence of TB Joshua’s direct involvement in the orphanage affairs, the institution was named after the prominent cleric and founder of The Synagogue Church of All Nations, who is known for his humanitarian endeavours and provision of scholarships to less-privileged students.