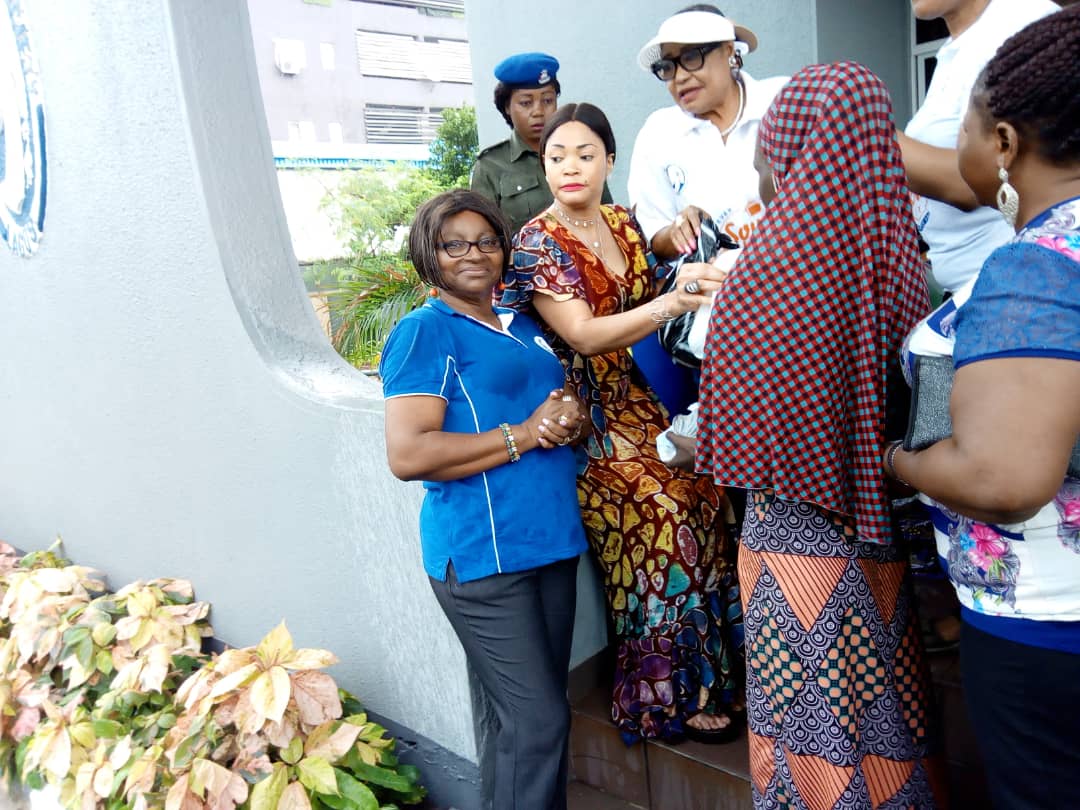 The International Women’s Society of Nigeria (IWS) offers free medical test and gives out food stuff among others to residents of Ikate-Elegushi and Igbokushu areas of Lekki in Lagos State.

At least no fewer than 700 residents including widows, men and women as well as children received the items which comprised clothes, shoes, raw food among many other things to make the residents happy.

Speaking to pressmen, the Chairperson Social Service Committee International Women’s Society,Mrs Nike Bakare -Ajayi, the event is to impact the community of Lekki where the event was held.

According to her, the event was to help the indigent persons living in the locality. “What we did was to let the people come have free medical check-ups, collect food both raw and cooked one, clothes with  other items and relax. I want to say our Society has been generous over the years in giving back to the society, she said.

She noted that the major objective of the event which is first of its kind is to enable people living in the locality feel very well and happy.

She said that the Society is planning to do a similar thing across some of the Internal Displaced Persons (IDP) camps because they need urgent help.

Also at the event was the wife of Oba Elegushi, Olori Sekinat Aramide Elegushi who also assisted in giving the items to the benefactor as well as donating a cow and bags of rice.

The Olori thanked the International Women’s Society and prayed that that Almighty God will continue to bless and empower the Society to do more for the society.

President International  Women’s Society Mrs Nkoli Ogbolu in an interview with the journalists at the event said that the event was tagged “Soup Kitchen Day”which is a universal concept where we feed the needy in the society. “What you see today has been happening in the western world like the UK, USA and other developed countries where volunteers come together and give back to the community “
According to her, the gesture was the first ever and the idea came when I assumed office in March 2019 and after meeting with Exco members at our Strategy meeting, Mrs Bakare-Ajayi bounced the idea and it was agreed that the Society will feed the indigent in the locality where they operate.

She thanked the monarch in the area Oba Elegushi and his wife Olori Sekinat Elegushi. Both have been very generous to the International Women’s Society as grand patrons of the IWS Skills Centre, Lekki

The President further stressed that the “Society has been in the forefront of helping the less privileged especially the oppressed in the country for the past 62 years.

Mrs Ogbolu assured Nigerians that the event will be done annually.

One of the beneficiaries, Mrs Aderonke Oduniyi thanked the Society for their kind gesture and prayed God to sustain them in their good work to the society.