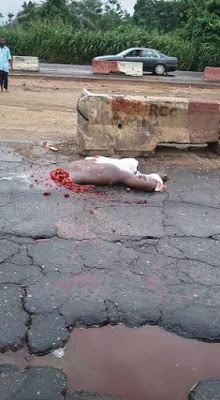 A man was crushed to death in a fatal accident along Lagos-Ibadan expressway yesterday July 31st. The accident which involved two Mazda commercial buses and a Mercedes Benz SUV saw six otherpersons losing their lives. 21 persons sustained serious injuries in the auto crash.

Public Relations Officer of the Federal Road Safety Corps (FRSC), Oyo State command, Seun Onijala, while speaking at the scene of the incident, attributed the cause of the accident to dangerous overtaking. Corpse of the dead victims have been deposited at the Adeoyo Hospital morgue, Ibadan, Oyo state.

‘Why i Dumped my Networking Job for Entertainment’ – Nollywood Actor/Director, Chief Chidi

I Never Planned To Be A Polygamist- Jide Kosoko Reveals