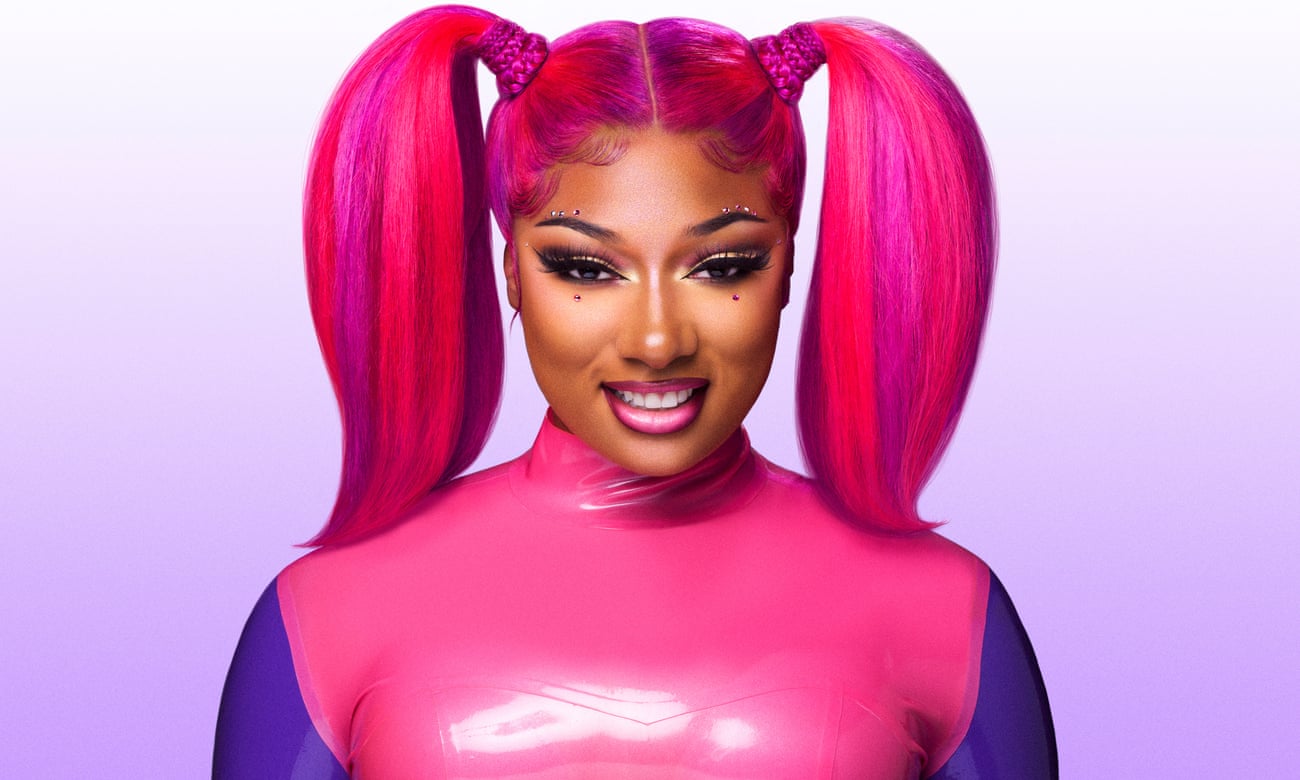 On YouTube, you can still see one of Megan Thee Stallion’s early appearances at a 2016 rap cypher in Houston.  It’s a very telling performance. Twenty-one years old and still an unknown student (“Support the artists,” pleads the accompanying text, “this is only the beginning of their journey”) she’s vastly outnumbered by male counterparts who don’t seem to be taking her terribly seriously. It could be that they’re laughing and high-fiving while she performs because they’re incredulous at her skills, but it doesn’t really look that way. Yet she seems impossibly confident and self-possessed, ending her performance with the salacious, tongue-out taunt of “ahhh” that has since become her trademark. It isn’t just the benefit of hindsight that makes her seem the artist most likely to. Listening to her debut album four years on, it’s tempting to say that not much has changed. It drops with the same confidence you see in the video of her freestyling on that Houston rooftop. But then, why wouldn’t it? She ends 2020 on the cover of Time magazine, one of its 100 most influential people of the year. It caps off 12 months during which she has enjoyed viral ubiquity on TikTok thanks to a dance challenge based on her single Savage, which sold 3m copies in the US alone; been granted a temporary restraining order against her record label, which she claimed were preventing her from releasing the music she wanted to; created a vast storm – involving everyone from Republican congressional candidates to Russell Brand – with her Cardi B collaboration WAP,  none of which harmed the single’s record-breaking commercial success; delivered a speech about racism in the middle of a performance on Saturday night Live; and managed not merely to ride out the misogynistic online fallout from an incident in which she was shot, allegedly by a rapper Tory Lanez, but skillfully turn it into a conversation about the protection of black woman. Good News therefore has something of the victory lap about it, but its contents also highlight something basic that’s occasionally been drowned out by the hubbub of controversy and social media chatter: she’s phenomenal at what she does. The internet is filled with memes in which grumpy middle-aged hip-hop fans bemoan the state of the art in recent years, but Megan Thee Stallion is a traditionally gifted rapper: her flow crisp and punchy, her lyrics teeming with sharp and funny lines – “invest in this pussy, boy – support black business”; “all them bitches scary cats, I call ’em Carole Baskin” – and shriveling put-downs. Whatever the outcome of the forthcoming court case over the shooting incident, the opening track, Shots Fired, dispenses its own kind of justice, ripping her (unnamed) assailant to bits along with their online supporters: “They hate me, but watch my videos beating’ their dicks.” She has a fantastic line in inviting male rappers to guest and then deftly undercutting them. “Tell her shake it, drop her friends off and take her pants off,” suggests Lil Durk on Movie. “Tell him spend it – you ain’t got no money, keep your hands off,” she counters. He responds by bragging about the cost of his jewellery. “I’m a boss,” she sniffs in response, “I could buy the same thing that my man bought.”
While there are pop-facing moments here, not least the slightly too toothsome Don’t Rock Me to Sleep, it’s an album that blithely ignores a lot of prevalent trends in hip-hop: it is 11 tracks in before anyone breaks out the AutoTune, and even then it’s guest star Popcaan. Instead, its USP involves setting its author up in a lineage of classic rap artists. You lose count of the musical references to hip-hop’s past. Shots Fired is based on Notorious BIG’s Who Shot Ya? While Girls in the Hood reworks Eazy-E’s Boyz-n-the-Hood. The production by Juicy J of Three 6 Mafia (favourites of Megan Thee Stallion’s late mother, who was also a rapper) on Freaky Girls is audibly rooted in early 90s G-funk, and the sound of Go Crazy contains a sweet nod to Naughty By Nature’s 1991 hit opp.
Other samples appear pointed in their intent. The gorgeous electric piano motif on Outside comes from Something in My Heart by Michel’le, the R&B singer-songwriter who endured a Physically abusive relationship  with Dr Dre: among a variety of assaults, he once shot at her.

More often they serve to demonstrate that Megan Thee Stallion’s talents are a moveable feast – she sounds as at home snarling over the minimal 80s gangsta rap of Girls in the Hood as she does with Beyoncé’s voice weaving around hers on Savage Remix. And, of course, they imply that these artists are her forebears: in its own way, that’s as ballsy as SoundCloud rappers’ penchant for dismissing hip-hop history – but, as we’ve established, confidence isn’t really an issue for Megan Thee Stallion. Time will tell whether her implication is right. For the moment, Good News is more than good enough.

READ  ‘Is This ‘Famine’ The Progress We Are Seeking? Is It Really Better Than The Corruption We Did Away With?’ – OAP Freeze asks
Related Topics:ENTERTAINMENTFeaturedLifestylemegan Thee Stallion
Up Next