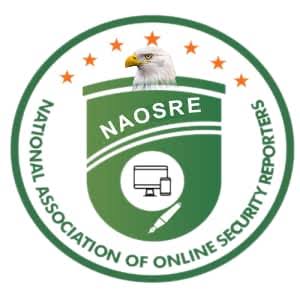 To commemorate the first anniversary of the EndSARS protest, where Nigerian youths took to the streets in some parts of the country to protest against the now-disbanded special anti-robbery squad (SARS), a unit of the Nigerian Police Force (NPF), youths across the country planned a series of activities, including protests at some strategic locations to remember those that were allegedly killed.

The National Association of Online Security Reporters, NAOSRE, bemoans the harassment of journalists on Wednesday by men of the Nigeria Police Force while stopping them to discharge their duties effectively and efficiently at the protest.

In a statement he personally signed, NAOSRE President, Comrade Femi Oyewale, kicked against Police officers creating an environment where journalists would be afraid to work and discharge their duties.

According to the Oyewale, “It has come to our notice that journalists were arrested and harassed while discharging their duties.

“That singular act is the equivalent of adding salt to injury. The Police authorities, should, at this time, avoid actions that would portray them as enemies of the people,” he advised.

Further, Oyewale called on the Nigeria Police Force to step up the training of its officers in line with global best practice adding that officers and men should be reminded constantly that the primary responsibility of the police is the protection of citizens, including journalists.

Related Topics:NAOSRE Condemns Journalists’ Harassments At EndSARS protests
Up Next

THE SCOAN ‘DEPORTATION SAGA’ AND THE PROBLEM OF EGO