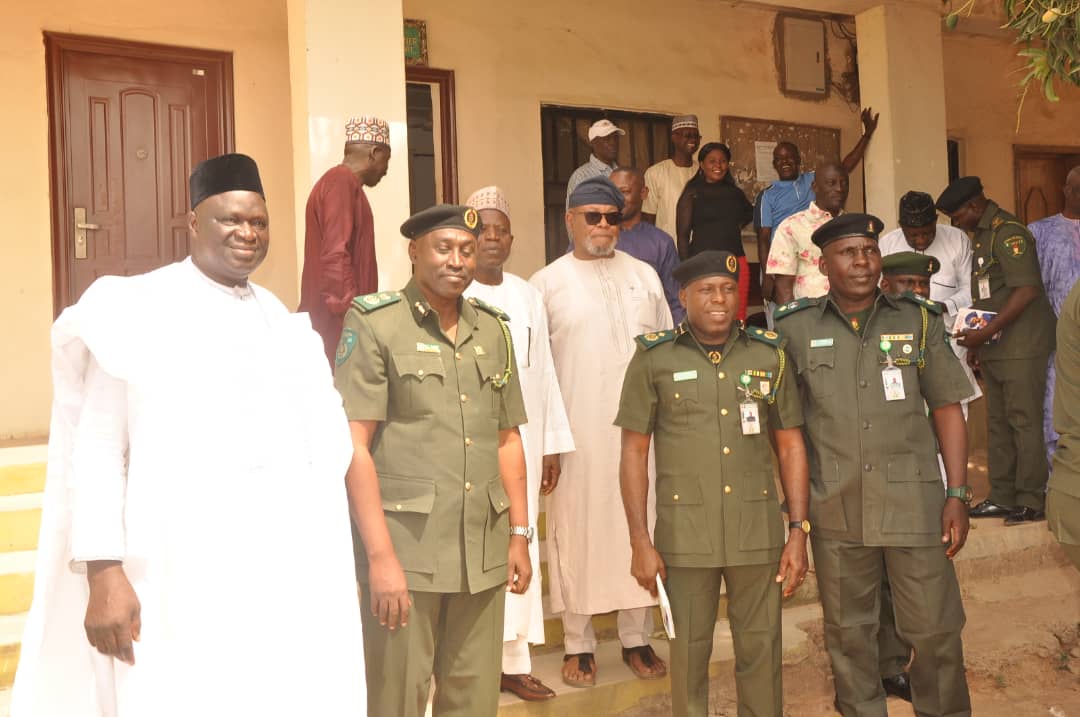 Goni, while reacting to the reports of the material support made to two of its Parks said the donations will help the NPK to, not only survive, but thrive.

The support materials were given to the Gashaka Gumti National Park (GGNP) by the Taraba State government and the Cross River National Park (CRNP) by the Wildlife Conservation Society (WCS).

According to the CG, ‘the donations will definitely help the Parks in their operations, but most importantly, they will encourage more stakeholders to realise that the work of conservation is indeed everybody’s business.

“The ecosystem and wildlife constitute part of this nation’s heritage and this becomes doubly important in this day of mounting concern over insecurity and climate change.

“I want it to be in the consciousness of Nigerians that we all have our roles to play in our own little ways to preserve and conserve nature.

“To this end, we are most grateful to both the Taraba State government and WCS for this invaluable assistance,’’ Goni said.

At the GGNP, the Taraba State government had through its Commissioner for Works, Irmiya Hamman-Julde donated three (3) new motorcycles to Gashaka Gumti National Park (GGNP).

Hamman-Julde said the assistance was aimed at supporting the protection activities of the Park and addressing its security challenges.

He said that the governor has approved the construction of the Mayo- Kam Bridge and also considering the possibility of providing some communication gadgets to the Park.

Mr Kabir Mohammed, the Conservator of Park (CP) GGNP while receiving the motorcycles said that the gesture by the state government was a most welcome one.

“We appreciate this timely support and promise that they would solely be used in the protection of the Park and for security surveillance.

“On behalf of the CG, we plead with other state governments playing host to other National Parks across the country to emulate this kind gesture.

In a similar development at CRNP, Mr Andrew Dunn, the Country Director, Wildlife Conservation Society (WCS) who handed over the support materials to the park said that the items were from four different organisations.
The organisations are Arcus Foundation, Critical Ecosystem Partnership Fund, U.S Fish and Wildlife Service and the Rainforest Trust.

Dunn said the items were meant for Okwangwo Division for the protection of Cross River Gorilla.

He also expressed hope that more items will be received in the near future for the benefit of Oban Division, and called for proper handling and utilisation of the items.

Mrs Caroline Olory, the CP of CRNP took delivery of some Park patrol and monitoring equipment for Okwangwo Sector of the Park from the WCS Country Director, Mr Andrew Dunn.

Olory commended WCS for being progressive partners, and called for more support that will impact on the livelihood of the communities.

“Sometimes it is almost impossible for us to put into words the depth of gratitude we feel for partners in progress that come out to so richly strengthen us.
“We simply say, thank you”, Olory said

AIG lliyasu seek collaboration, partnership between the Police and the Army