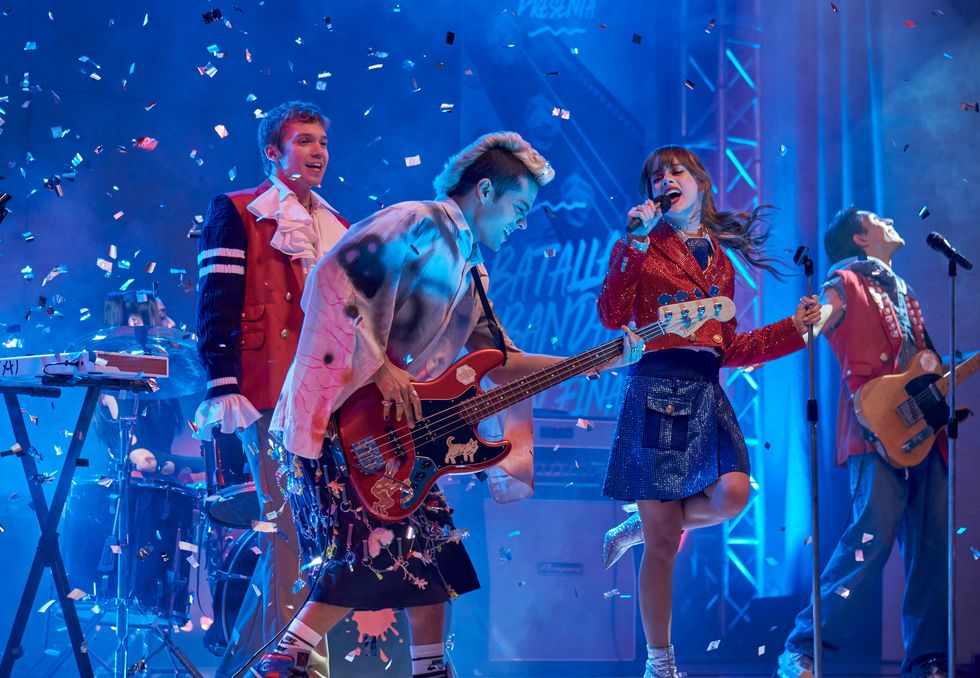 Netflix: All You Need To Know About ‘Rebelde’ Season 2

REBELDE– On Netflix, welcome back to EWS, formally known as the Elite Way School, for another wild year. It’s been a while since we walked the halls of this iconic school, but Rebelde is back with a brand new group of students who want to leave their mark in the Music Excellence Program. Of course, there’s even a Colucci in this revival, and it looks like they’re determined to continue the legacy of the original RBD. But it won’t be easy, especially not with La Logia back too. Which makes us wonder what’s next for our favorite characters. Will we come back to EWS for another semester?

Here’s everything we know about Rebelde season 2 on Netflix

While Netflix hasn’t officially revealed whether the show is ultimately a miniseries, it looks like there’s a definite possibility for a second season, especially with how the finale ended. The original Rebelde series ran for three seasons, so it’s possible that Netflix is planning the same with the revival. But Without an official green light from Netflix, it’s still up in the air.

We can expect big changes, that’s for sure. The secret about La Logia is out, and it looks like they might have just lost their power, particularly Sebastian. (Sin Nombre won the battle of the bands after exposing La Logia in front of the entire school. However, MJ decided to perform with Sebas and now is on the outs.)

Oh, and in case you missed it, there’s actually a season 1 mid-credits scene that shows Luka talking with his father and revealing that he has another son. (!!!) Clearly the Coluccis won’t be the same after this should we follow their story into season 2.

Netflix typically likes to give a show time to see if it’s a major hit or not before giving it a season 2. Hopefully we’ll hear news in a month or two. In the meantime, you better tell all your friends to watch so it has a better chance of coming back!