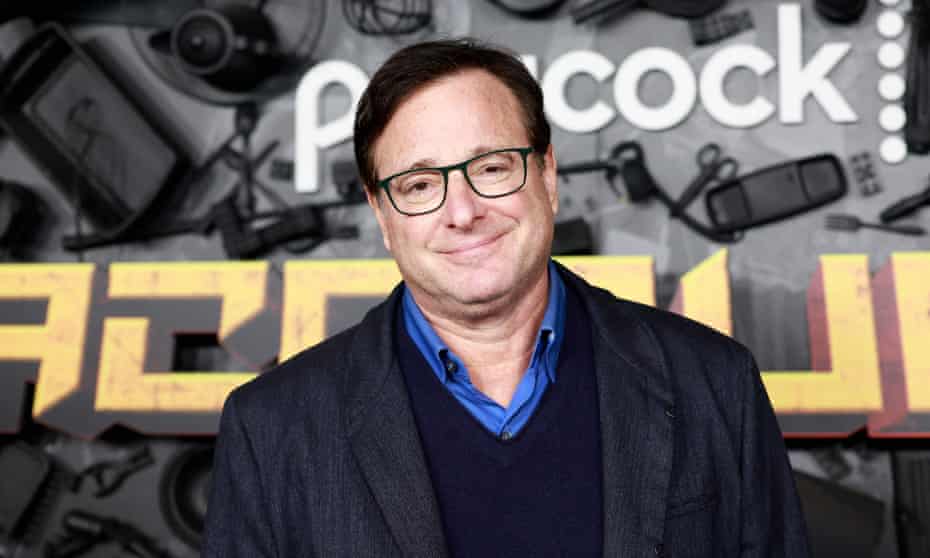 Bob Saget, the actor and comedian most famous for his role in the much-loved 80s sitcom Full House, has died at the age of 65.

Saget was partway through a standup tour and had performed a show in Jacksonville on Saturday night.

Comedians and actors rushed to pay tribute on Monday. Jon Stewart remembered him as “just the nicest and funniest”, while podcaster Marc Maron tweeted  :“Truly one of the nicest guys and so funny. Very sad.” Comedian Drew Carey wrote:

“Well this one hurts. I loved Bob Saget. He gave me so much encouragement when I first started out. He was a real friend to me too. Not just a mentor. I always looked up to him. He was SO damn funny and so kind.” Comedian Kathy Griffin wrote: “You couldn’t find a nicer or sharper wit than Bob Saget. Shocked and devastated.”

Born in Philadelphia in 1956, Saget got his big break with his most famous role as the widower Danny Tanner on Full House. In the popular sitcom, which ran from 1987 to 1995, Tanner enlists his brother-in-law and a friend to help him raise his three children. Saget later reprised the role for a Netflix reboot, Fuller House, which ran for four years until 2020.

Saget was also the host of America’s Funniest Home Videos from 1989 to 1997, played a parody of himself in both Entourage and Louie, and provided the voice of the future Ted Mosby on sitcom How I Met Your Mother for almost a decade. He played another widower, this time in sitcom Raising Dad, between 2001 and 2002. Actor Kat Dennings, who played his daughter on the show, called him “the loveliest man”.

Netflix: All You Need To Know About ‘Rebelde’ Season 2